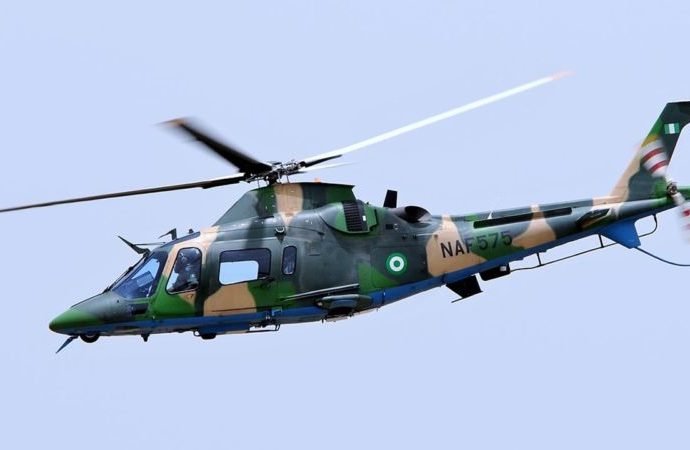 A combined military operation has commenced to flush out criminal elements in Essien Udim local government area of Akwa Ibom following the recent spate of attacks on security operatives in the council.

Essien Udim, the council area of the Niger Delta Affairs Minister, Senator Godswill Akpabio, has been under siege for sometime now by criminal elements suspected to be members of the proscribed Indigenous People of Biafra (IPOB).

Last week, three police officers including, a Chief Superintendent of Police(CSP), were killed in a reprisal attack by gunmen while four policemen were declared missing.

Military vehicles were also set ablaze by the hoodlums.

To contain the worrisome situation, the military on Tuesday morning began the bombardment of suspected enemy hideouts in the area even as sounds of gunshots and heavy artillery were heard.

Drones and helicopters were also deployed as they flew at low levels to ensure proper surveillance of the area.

The military had on Monday asked residents to vacate areas suspected to be used by as camps by the criminals.

Staff and students of the Federal Polytechnic Ukana in Essien Udim located few metres from Akpabio’s residence were forced out of the school campus.

At the time of filing this report, the Army Spokesperson said no arrest had been made yet.

Asked if the criminals were members of IPOB, he said: ”They are miscreants for now. We can’t categorise them until they are apprehended and questioned to know their intention and who sent them”.