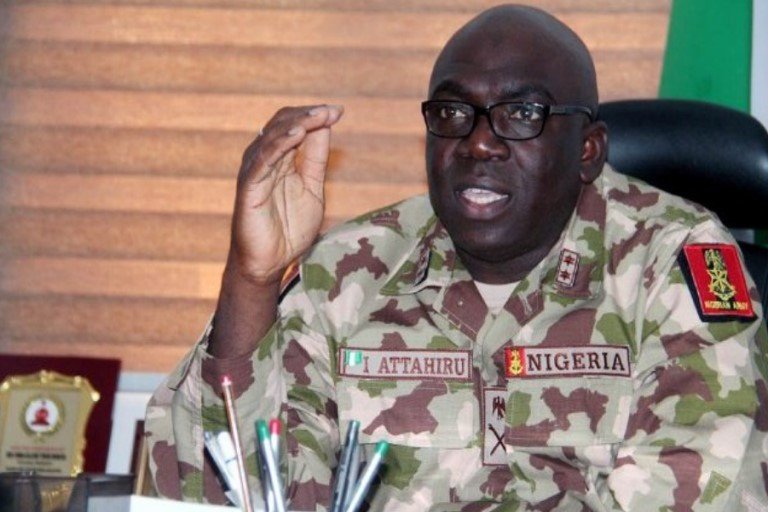 The Chief of Army Staff, Lt.-Gen. Ibrahim Attahiru, has solicited the support of the Senate in ensuring appropriate funding for the Nigerian army to efficiently perform its constitutional roles and defeat all security threats.

Attahiru made the call when members of the Senate Committee on Army, led by its Chairman, Sen. Ali Ndume, paid an oversight visit to the Army Headquarters on Wednesday in Abuja.

He said that the courtesy visit was timely, adding that it afforded them the opportunity to interact and discuss issues that would impact on the funding of army activities and operations.

According to him, Nigeria is faced with a lot of security challenges that includes insurgency in the North East, banditry in the North West and part of North Central.

He said that this also included secessionist agitations in the South East and South South geo-political zones of the country.

“I urge you to as a matter of urgency, consider these critical needs as you legislate and appropriate funds.

“I will be counting on your support, so that we can efficiently perform our constitutional roles and defeat all our threats,” he said.

Attahiru gave the assurance that the Nigerian army under his leadership would remain apolitical and committed to the protection of democracy and good governance in Nigeria.

Speaking, Ndume said the purpose of the visit was to have close understanding of the issues and needs of the Nigerian army and find a way to address them.

He said that Nigerian army had the daunting tasks of mitigating the various security challenges confronting the country, adding that the National Assembly was ready to give the necessary legislative support.

He said that the service chiefs had been given assurances that they would do their best to meet the expectations of Nigerians in tackling the prevailing security challenges.

According to him, the bottom line is that they must be given what they need to carry out the assignment and that is money, equipment, personnel which translate into money.

“That is why we are calling on the government to give the Nigerian army the necessary support and tools to execute the mandate that is highly expected.

“Fortunately, we understand that the supplementary budget will be laid before the national assembly to take care of some of the loopholes and lapses that we saw in the 2021 budget.

“And, knowing the new security challenges that we are facing in various regions we are pledging that the national assembly will give all the necessary support to the Nigerian army.

“Especially, when it comes to the issue of budget or supplementary budget that is coming before us,’’ he said.

WHO aims to eradicate malaria in 25 countries by 2025