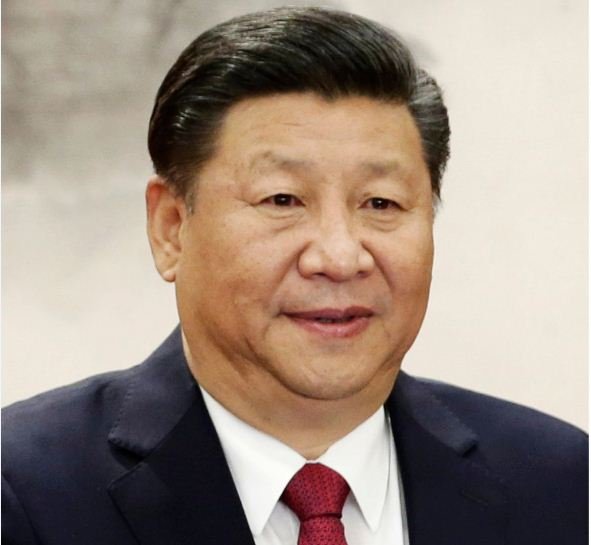 China’s overhaul of Hong Kong‘s electoral system is being seen as a watershed moment by those who fear Beijing’s encroaching influence on the city.

Recent changes ensure that only “patriots” loyal to the mainland can end up in positions of power. To those hoping Hong Kong might move towards greater democracy, it feels like the final blow.

The US, Australia and European countries condemned China’s actions, but it has been harder to gauge the reactions in Hong Kong itself. Many people simply don’t want to talk anymore.

In fact, over the past few years it has become harder and harder to get ordinary people to speak their mind about the city’s relationship with the mainland.

Sharing that observation with a friend in Hong Kong, the response was a cynical “Lol”, with a sober afterthought: “That’s how authoritarian regimes work.”

Lee Jonghyuk, an assistant professor at Singapore’s Nanyang Technological University, told the BBC that sensitive topics of conversation would “naturally perish” under these kinds of circumstances.

“People will self-censor themselves, and this is intentional,” he said.

“Most likely, the Chinese Communist Party will destroy social trust among citizens by incentivizing more people on the street to report criticism to the government.”

So what is it like in patriotic Hong Kong, and what do people expect in the future?

Opposition politicians – those most directly affected by the change – are still speaking up, at least for the time being. The changes will put Hong Kong “20 odd years back,” warned Lo Kin-hei, the chairman of the opposition Democratic Party.

He told the BBC that any progress over the past two decades had essentially been erased by Beijing.

“We know that the space for us to participate is much less than before, and we know that it is very difficult to get through the vetting system,” he said, referring to the system which will in future decide who can run for office.

Lo Kin-hei’s party treasurer, Ramon Yuen Hoi-man, said that China’s leadership was “trampling on democracy” and breaking with the vision of universal suffrage spelled out in the city’s constitution, the Basic Law.

Lo Kin-hei and other pro-democracy forces now face a difficult discussion over whether they will keep on participating in the election “or whether we will go another way”.

Professor Lee, from Nanyang Technological University, said there may simply be no avenues left for political or public influence.

“I think that it is too late,” he said. “China’s leadership will never give in to the public. It will never revert their decisions even with the international pressure.”

Talking to people on the ground is more difficult, but not impossible. “We can hear a lot of people discussing leaving the city now,” said Ken Liu, who works in the city’s IT sector.

He said he planned to stay – “And as long as I can find any legal way to spread my views, I will do it” – but he said he feared many would leave Hong Kong for good. The UK has already opened a pathway out by allowing people born before the handover to get onto a special visa scheme that can lead to British citizenship.

Yet that’s a costly option for many, warned Professor Lee. For most ordinary Kong Kong residents, it will simply be not possible to uproot and leave. And while many might be unhappy with the changes forced by Beijing, “political rights are not essential for living”.

“There is an argument of ‘political bargains for economic benefits,’” he explains, pointing to mainland China where citizens have also made their peace to have political rights withheld as long as the leadership brings about economic prosperity.

Penny Sun is an online influencer with thousands of followers on social media. She told the BBC she fully backs the changes and that Hong Kong’s political figures should be “patriots” and do the same.

She said she enjoyed more freedom now than she did during the long months of the 2019 protests that she described as “riots”.

“During the riots I was afraid that I could be attacked for speaking my mind, I was scared something could happen to me,” she said.

She said during the time of the protests those who supported China avoided talking about politics in order not to run into trouble. “That was not Hong Kong as we knew it,” she said.

She said “patriotic” politicians would still be free to discuss the topics that matter and are much closer to people’s lives, such as the city’s pressing housing problem. “Hong Kong will prosper and our lives will be more stable.”

Many in Hong Kong, as well as observers from abroad, have been shocked by the speed with which the recent drastic changes have taken place. From the introduction last year of the much-criticised “national security law” – which criminalised secession, subversion and “collusion with foreign forces”, and carries a life sentence – to the recent electoral changes.

And yet Professor Lee said he had expected those changes to come even faster. The Chinese leadership was “quite afraid of a domestic chain reaction if it would give in to Hong Kong”, he said.

“Surprisingly, Beijing trusted Hong Kong’s government’s ability to deal with the protesters,” he added. “However, when the second mass protests happened in 2019, the Communist leadership decided to engage directly in Hong Kong issues to eliminate the sources of collective actions, such as democratic representations, civil networks, and education systems.”

Two year later, speaking out against Beijing has been made illegal and opposition politicians can be easily kept out of parliament.

“There will be no reversion,” Professor Lee said. “This is quite certain. Universal suffrage is a mere obstacle to the stability of the Communist Party’s regime.”

Easter: All will be well with Nigeria – Osinbajo