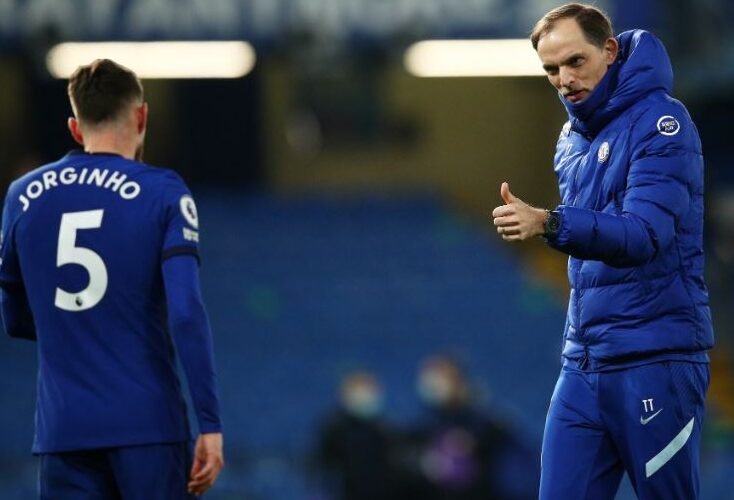 The brilliant German has had nothing but praise heaped on him since he took over from Frank Lampard.

The Blues are unbeaten in 11 games under Tuchel, while the 2-0 shutout of Everton saw him become the first manager in Premier League history to see his side keep a clean sheet in each of his first five home games in charge in the division.

And while Tuchel secured a personal piece of history on Monday, not conceding meant Chelsea have now kept five clean sheets in a row at home in the league for the first time since 2015.

While forwards thrive on goals, a clean sheet to a defender and goalkeeper is just as important. The Blues repelled the threat of Everton with relative ease on Monday.

Blues goalkeeper Edouard Mendy only faced one shot on target, and at the other end an own goal from Ben Godfrey and a Jorginho penalty sealed the three points that reinforced Chelsea’s position in the top four.

The Blues have only conceded two goals in 11 games since the German took charge, and he says it is down to a collective effort and mindset.

“It is about desire,” he said. “Defending is about effort. Sometimes it is necessary to defend midfield. It is about reliability, trust, courage, bravery.

“They guys around you must help you, principles, reliable, having your backs covered.”