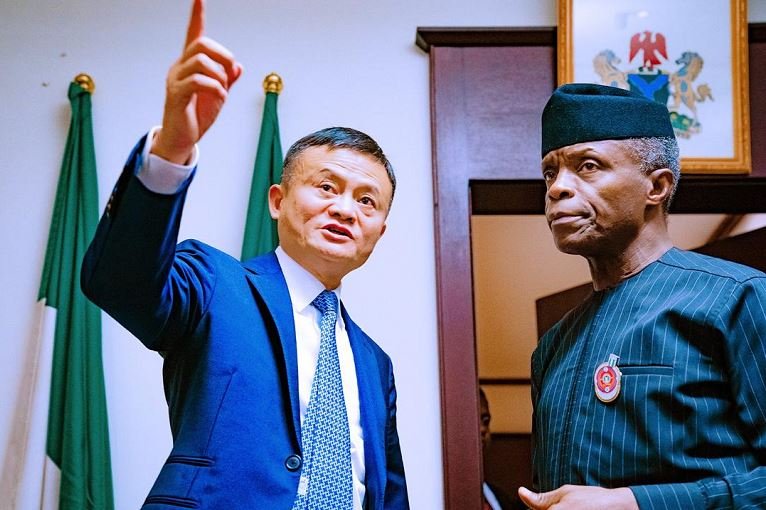 Nigerians have taken to social media to commend Vice President Yemi Osinbajo for attracting big tech companies like Microsoft, Google, Facebook, Huawei and others to the country, saying the move will lead to creation of jobs for the youths.

Prof. Osinbajo met with the Microsoft Corporation team led by its President, Mr Brad Smith on 8 January in a virtual meeting and the tech giant committed to partnering the Federal Government in its Economic Sustainability Plan.

At the meeting Vice President urged Microsoft to engage young Nigerians, stating that, “It seems to me that there is just a wave of general anger around the world and people are generally impatient. Impatient with government, impatient with practically all of the formal structures there are.”

“But I am open and happy to hear what views there might be on trying to engage and engage even more with young people (and in our case, that is 70% of our population, if not more). So, we are really talking not just about the youth population but the Nigerian populace because that is the majority.”

It would be recalled that Prof. Osinbajo also met with other global technology giants including Google Inc., Huawei, and top social networking company, Facebook, to discuss plans to partner with the Federal Government for the benefit of the Nigerian people, especially young people.

Using the hashtag, MicrosoftNaija, a Twitter user, Bola Daunsi said the Vice President’s impact on the tech sector is profound. “VP Osinbajo’s impact on the tech sector has produced a whole lot of desirable results in terms of attracting tech giants like Facebook, Google, Huawei, Jack Ma and more recently Microsoft to Nigeria for investment purpose. #MicrosoftNaija isn’t just a wishful thinking, It is real,” she said.

Doctor Frank in a tweet said for many years Prof. Osinbajo has been pushing tech initiative in Nigeria. “The ease of using Microsoft in achieving many things is only happening because VP Osinbajo has been building and sustaining our economy specifically through technology advancement and establishments since 2017.”

Kate Nnaji explained that the Vice President has a track record of attracting big tech companies. “While a lot of you are busy attacking @ProfOsinbajo, he has been busy building Nigeria’s tech sector by bringing different tech big guns to invest here. Just last week, Microsoft said it will be investing in Naija to build its tech sector & make it the best in Africa.” #MicrosoftNaija

Adelekan Adeoye cited the impact Osinbajo’s meeting with Facebook had on the Nigeria tech sector. “In May 2018, NG_HUB was launched in Yaba, Lagos. The training aspect of Facebook’s Nigeria Initiatives promises to train and support 50,000 students, SMEs and entrepreneurs across Nigeria through a series of digital skills training.” #MicrosoftNaija

Mustapha Olatu described Prof. Osinbajo as a big brand that attracts other big brands. “Osinbajo is not only intelligent, he is also a brand. Osinbajo in a meeting with tech CEOs at the Silicon Valley, asked them to invest in Nigeria. He also showcased Paystack in 2018 asking foreign and local investors to give it a try. Let’s not forget the role the VP has now played in #MicrosoftNaija,” he said.

Thomas Blessing was pleased that Microsoft obliged the Vice President request. “VP Osinbajo in a virtual meeting with Microsoft Corporation team led by its President, Mr Brad Smith noted that the company’s interest in supporting the efforts of the FG is a welcome development and could be leveraged to address issues affecting the youths.” #MicrosoftNaija