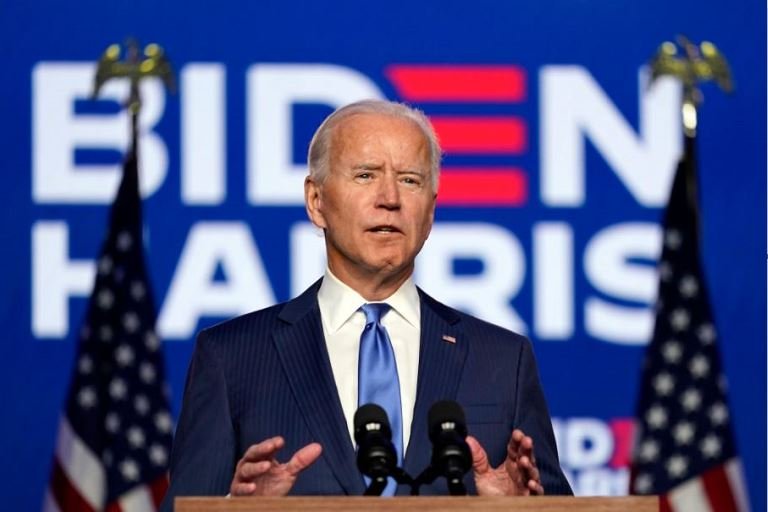 Details are emerging of a raft of executive orders planned by US president-elect Joe Biden as soon as he takes office this week.

Mr Biden will issue decrees to reverse President Trump’s travel bans and re-join the Paris climate accord on his first day, US media reports.

The president-elect is also expected to focus on reuniting children separated from families at the border and issue mandates on Covid-19 and mask-wearing.

He will be inaugurated on Wednesday.

All 50 US states are on high alert for possible violence in the run-up to the inauguration ceremony, with National Guard troops deployed in their thousands to guard Washington DC.

In the hours after Mr Biden sets foot in the White House, he will embark on a blitz of executive actions designed to signal a clean break from his predecessor’s administration, according to a memo seen by US media.

Among the orders planned soon after taking office are:

The President-elect is also expected to send a major new immigration bill to Congress as well as focusing on passing a $1.9tn (£1.4tn) stimulus plan to help the country’s economy recover from coronavirus.

Mr Biden has also said his administration will aim to deliver 100 million Covid-19 jabs in his first 100 days in office – describing the rollout so far as a “dismal failure”.

“President-elect Biden will take action – not just to reverse the gravest damages of the Trump administration – but also to start moving our country forward,” incoming White House Chief of Staff Ron Klain wrote in the memo.

What challenges does Biden face?

The president-elect is taking over a country in the midst of an unprecedented pandemic. Daily deaths from Covid-19 are in their thousands and almost 400,000 have lost their lives.

On top of the virus raging, the country is reeling from recent political violence.

The theme for Mr Biden’s inauguration will be “America United” with the president-elect focusing on healing political divisions. Vice-President Mike Pence is expected to attend the ceremony, though Mr Trump has said he will not.

Mr Biden will be sworn in exactly two weeks after the violent riots at the US Capitol on 6 January which aimed to thwart his election victory.

Even by inauguration standards, the security presence in Washington DC for Wednesday’s ceremony is extraordinary.

Miles of streets have been blocked off with concrete barriers and metal fences, with more than 20,000 National Guard expected to deploy. The FBI has warned of more possible violence and armed marches planned by pro-Trump supporters.

The tough security measures follow a week in which Donald Trump became the first US president to be impeached twice. Mr Trump will now face a Senate trial on a charge of “incitement of insurrection” for the US Capitol violence.

The earliest the Senate can receive the charges will be Tuesday – the day before he leaves office – but the timings for the trial remain unclear.

VIDEO: Nigerians call on Osinbajo to run in 2023