President Buhari as the curse of APC by Jide Oluwajuyitan
Advertisement 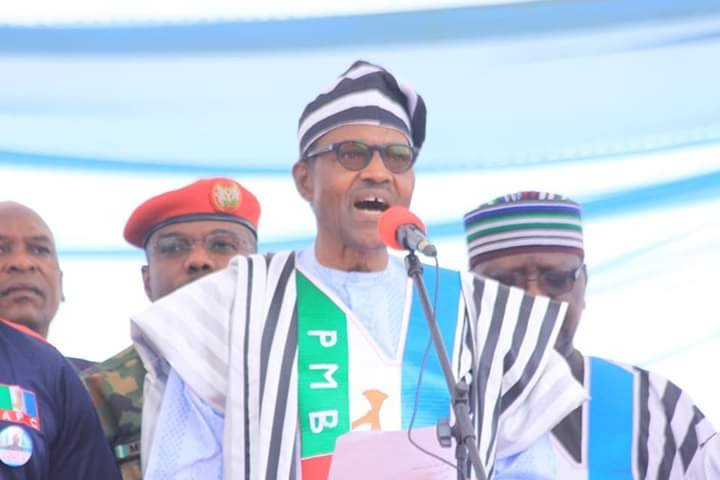 President Buhari has faith neither in politicians nor in political parties. For the former, he has nothing but disdain and the latter for him is nothing more than a vehicle to take control of government.

That perhaps explains why after his 2015 electoral victory, his first victims were those tested politicians on whose back he rode to power after three failed attempts and All Progressives Congress, the platform that aided his ascension to power which he later abandoned to political dealers and wheelers while he was in self-isolation for six months.

He personalized victory that rightly belongs to APC while refusing to constitute a cabinet or the boards of the over 50 smaller governments APC urgently needed to implement its manifesto, the basis on which the electorate voted it into power. He, in the process, ignored the most important duty of an elected representative of a political party- the pursuit of the special interest of party members and party supporters.

President Muhammadu Buhari and Asiwaju Bola Tinubu worked together in 2015

President Buhari unfortunately believed APC victory for which he is only a custodian was his victory; believing the fallacies and crooked logic by the likes of Governor Nasir El-Rufai and Dele Momodu to the effect that he won the election on his own merit on account of his integrity, an integrity that did not help him in his three earlier disastrous outings.

Sycophants downplayed the role of the APC platform and the contributions of those who criss-crossed the land to sell the candidacy of Muhammadu Buhari who on account of his human right abuses during his first coming in 1984, many believed was incapable of purging himself of his dictatorial tendencies.

President Buhari did not only deny APC participation in an APC government at all levels but has continued to undermine the APC platform that aided him to power in 2015. First he ignored the warnings of Pa Bisi Akande, APC first interim chairman and that of Aisha Buhari, his wife that his trusted loyal gatekeepers who did not contribute to his victory and who as outsiders could not properly articulate the manifesto of APC were merely exploiting the president’s well known weakness of trusting only old allies.

Then out of sheer incompetence, he had allowed the government he was holding in trust for the APC to be hijacked by Senate President Bukola Saraki and his 84 like-minded senators led by Dino Melaye.

Between 2015 and 2019, the government was in disarray while the party displayed only instincts of factions with divergent tendencies, only interested in power as distinct from true political parties, the 17th century ingenious creation of intellectual elite to espouse vision and mobilize people for development.

It wasn’t until the eve of the 2019 presidential election that President Buhari remembered Bola Tinubu, the rejected cornerstone. He was saddled him with reconciling warring APC members and their governors who, like the president, had institutionalised impunity in the management of state chapters of the party. Tinubu and Adams Oshiomhole, a firm believer in party supremacy then set to work in earnest.

Bukola Saraki who until then had all his past wars fought for him had never experienced failure. But that was until he met Oshiomhole, his nemesis who declared “We went to Kwara, we did ‘otoge’ (Enough is enough). As a senate president, we uprooted him as a senator, we uprooted his nominee for governor and senators, while we were saying that we will impeach them, their people said they would rather bury them”.

In Ogun State, Amosun was the lord of the manor. He disallowed candidate Dapo Abiodun from campaigning in Abeokuta where his supporters also disrupted President Buhari’s campaign rally.

He, according to Oshiomhole prevented his preferred aspirant from “participating in the primaries organised by the working committee; picked himself as a senate candidate to replace the incumbent, picked the governorship candidate and his deputy, the next speaker and deputy speaker, and declared that of the eight House of Representatives members, seven will not return.

He then arrogantly declared “I, Senator Ibikunle Amosun will not work for any other candidate that they are rooting for to become governor. No way. They are free to do whatever they want to do, but I will not support them”.

He also supported 26 aggrieved aspirants vying for Ogun State House of Assembly seats that had defected from the All Progressives Congress (APC) to the Allied Peoples Movement (APM). Then Oshiomhole taught him a lesson in humility.

Then, Adams crossed over to Imo State where he ended Governor Okorocha’s dream of establishing a dynasty in Imo Government House. “What is painful”, Okorocha later lamented, “is that Adam Oshiomhole that I literarily put into this position…has become part and parcel of this high level of conspiracy to bring down Rochas politically”.

In Zamfara, Governor Abdul’aziz Yari wanted to impose a successor. Oshiomhole insisted he must follow APC rules. Eventually, the Supreme court ruled that the party did not conduct valid primaries in the build-up to the elections. It also decided that a party that had no valid candidate cannot be said to have emerged winner of the general elections.

The Independent National Electoral Commission confirmed Bello Matawalle of the People’s Democratic Party, as the governor-elect of the northwest state. It also confirmed other PDP candidates for the National and State Assembly seats.

In Rivers, while Minister Rotimi Amaechi backed Tonye Cole to clinch the party’s governorship ticket in the 2019 governorship election, Magnus Abe claimed that he was the party’s authentic governorship candidate, having scored the highest votes in a primary conducted by his faction. The two political gladiators went into a protracted legal battle that denied the party the opportunity to field candidates in governorship, national and state assembly elections. Amaechi had an axe to grind with Oshiomhole for not supporting impunity.

Because the party was behaving like factions, its National Working Committee (NWC) warned members who had taken the party to court to withdraw the suits or face sanction, citing Article 20, Subsection 10 of its constitution. But in flagrant subversion of the party constitution, President Buhari directed aggrieved party members to disregard the party’s threat and pursue their grievances in court.

For ‘doing the right thing, in the words of Chris Ogiemwonyi, former Minister of Works, Oshiomhole came under attack of aggrieved APC governors, merchants of impunity and others who according to Bola Tinubu, the national leader of APC, “perceive the chairman as an obstacle to their 2023 ambitions”. The only plausible reason one can advance for President Buhari’s decision to join hands with aggrieved APC governors who unconstitutionally humiliated him out of office is to say President Buhari loves none but himself.

With Mai Mala Buni-led National Caretaker Committee of APC which ousted Oshiomhole from office pursuing its own agenda while selling a dummy to the eastern politicians, with the party behaving like factions in many states including Imo where Dan Nwafor-led state executive is facing crisis of legitimacy, Ekiti, Rivers, Zamfara, Ondo where internal wrangling are tearing the party apart and Ogun State where the caretaker committee of the party loyal to Governor Dapo Abiodun and former governor of the state, Chief Olusegun Osoba, last Monday allegedly broke into the state secretariat and took over the office, the party is set for implosion while the president pretends all is well.

Those APC leaders queried or suspended for their anti-party activities by Adams Oshiomhole committed no greater crime than President Buhari who during the 2019 electioneering campaign told voters in Zamfara, Imo and Ogun states to vote him as president but feel free to vote for any candidate of their choice for other political offices.