Jaylen Smith: Teenager elected as youngest black mayor in US 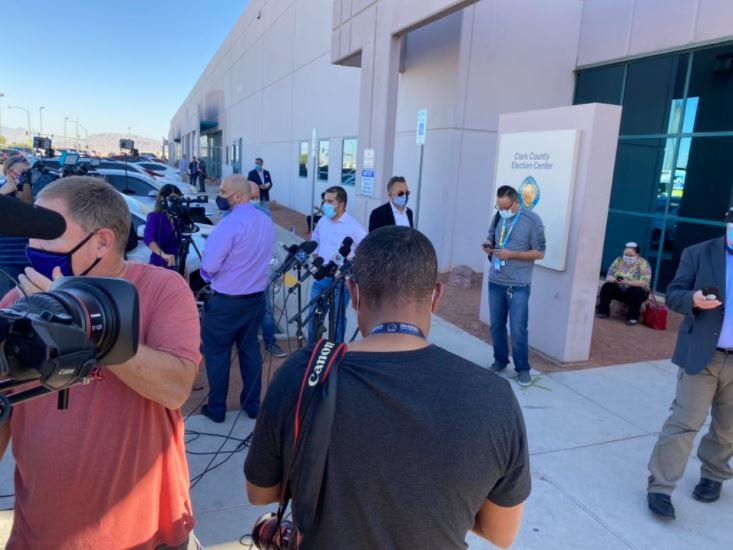 They chanted “Stop the Steal,” and one man wearing an American flag mask told cameras, “It’s time for the purge.”

The group gathered around 7.30 pm but then began dispersing about a half hour later.

#StoptheSteal protest outside of the Clark County Election Department Wednesday night aside to a #CountEveryVote protest. #rjnow #2020Elections pic.twitter.com/WN1X0n4NKq

Elsewhere, hundreds of state police and left-wing protesters were locked in a tense standoff in downtown Portland late Wednesday after rampaging anti-Trump groups smashed shop windows a day after the election, prompting the state governor to activate the National Guard.

The Multnomah County Sheriff’s office declared a riot and made at least nine arrests, citing “widespread violence” in the city’s downtown area and repeatedly warning it could deploy munitions and tear gas.

Armed police advanced on demonstrators in unison but there were no clashes, according to an AFP reporter at the scene.

Two days after Election Day, neither candidate had amassed the votes needed to win the White House. But Biden’s victories in the Great Lakes states left him at 264, meaning he was one battleground state away — any would do — from becoming president-elect.

Trump, with 214 electoral votes, faced a much higher hurdle. To reach 270, he needed to claim all four remaining battlegrounds: Pennsylvania, North Carolina, Georgia and Nevada.