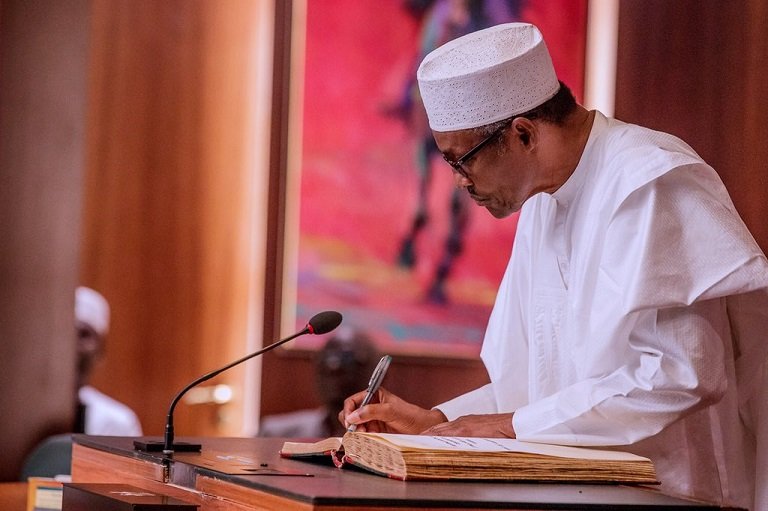 The Senate on Tuesday approved President Muhammadu Buhari’s request for a refund of N148,141,969,161.24 to Rivers, Bayelsa, Cross River, Osun and Ondo State Governments for projects executed on behalf of the Federal Government.

The approval was sequel to the consideration of a report by the Committee on Local and Foreign Debts Chaired by Senator Clifford Ordia (PDP – Edo Central).

Ordia in his presentation stated that most of the Federal highways in the beneficiary states where said projects were executed “were at a deplorable state before the intervention of the state governments.”

According to him, “series of visits were carried out by the Federal Ministry it Works and Housing on all Federal Roads completed by the States and ascertained that the quality off work done met the required standard.”

The lawmaker however noted that states like Cross River, Rivers, Bayelsa and Ondo States embarked on the highway projects execution as far back as 2005 to date.

He added that while the State Governments have completed all projects, as well as paid all contractors, the Federal Bureau of Procurement on its part certified that due process was followed accordingly.

The confirmation of the nominees followed the consideration of the report of the Senate on Ethics, Privileges and Public Petitions.

In a related development, the upper chamber on Tuesday referred President Buhari’s request seeking the confirmation of nominees to the Federal Competition and Consumer Protection Commission Tribunal to its Committee on Trade and Investment.