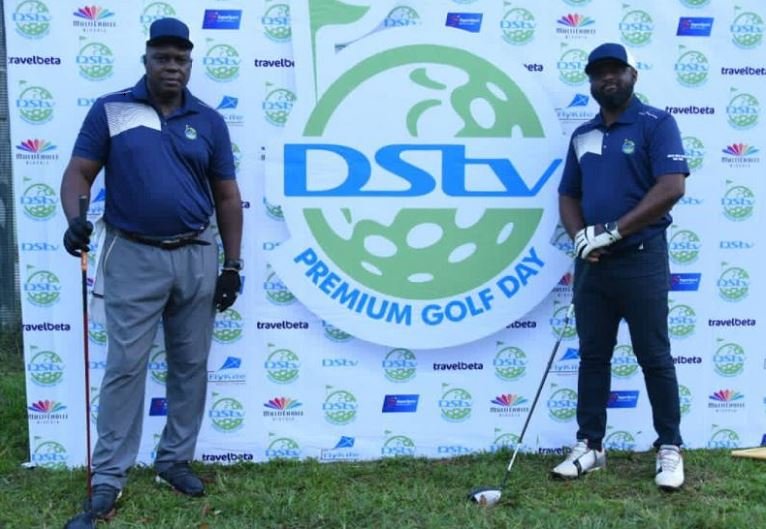 As early as 6am last Saturday, the prestigious Ikeja Golf Club in Lagos had started receiving golfers, with kits in tow, arriving in trickles. After about half an hour, the trickles grew into thick streams of golfers and their caddies.

The occasion was the inaugural edition of the DStv Premium Golf Day, sponsored by premier pay television service provider, DStv.

Golf enthusiasts trooped in to see who among the 99 golfers would win the prizes on offer.

The 99 had been picked from a total of 500 registrants in line with the physical distancing requirements of COVID-19 safety measures.

The DStv Golf Day followed the stroke play format, which sees each golfer’s number of strokes counted in two rounds of 18 holes-the first nine holes and the back nine holes, with the golfer with the overall best score from the 18 holes to be announced the winner.

The first game kicked off at about 6.45am, with golfers doing taking turns on the lush-green course of the club.

For many golfers, the hopes of posting outstanding performances started fading after the first nine holes when they came to the realization that their performances were hardly the type that would win them any of the prizes. A few quit, while others continued to the back nine in the hope of making up their scores.

After the day-long exertions on the golf course, golfers took a time off and reconvened for the scheduled cocktail, where the results were to be announced and prizes handed out to the winners.

The cocktail, anchored by Mr. Omini Ofem, was hugely anticipated for the announcement of the winners. The star prize, a business class ticket for a weekend stay in a five-star hotel in Dubai, was won by Dr. Ogunbiyi Ogunbanjo with a net score of 65.

Mrs. Linda Obieze won the women category with the same score and was rewarded with a golf bag.

The prize for the longest drive was claimed by Mr. Femi Ajala, who won a 55-inch television. Mr. Ife Muritala, son of a golfer, won the prize-a golf bag- for the nearest to the pin (hole 17).

Speaking at the cocktail, Captain of Ikeja Golf Club, Mr. Oladimeji Durojaiye, said members of the Ikeja Golf Club were delighted that the club was chosen by the sponsors. He also noted that golfers were very enthusiastic.

“We thank the DStv team for bringing such initiative to Ikeja Golf Club. This is the first tournament and the feedback from players have been very impressive. We sincerely hope this will become an annual event,” he said.

In his remarks, Jenkins Alumona, CEO of Flykite Productions, the event organisers, thanked the golfers for their participation and expressed hope that the event will be held in other golf clubs in Lagos and other cities.

CAF president banned for 5 years by FIFA for corruption