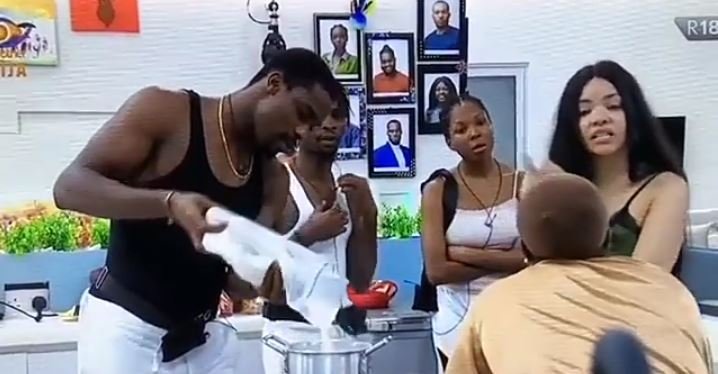 On Saturday, some of the last five Housemates were spotted looting Biggie’s store ahead of their final eviction.

The Housemates decided to go on a looting spree on their 69th day in the show.

From Nengi to Dorathy, the Housemates were caught moving Biggie’s items that include provisions and food items quicker than flash.

So bad was it that some of the pilferers also took toilet papers, milk and even packs of condoms to keep ahead of their final exit from the House.

The final five happily took items they thought would be needed outside the House.

Defending their actions, Nengi said it’s not stealing when one takes from one’s Big Brother.

Biggie is yet to react to their actions.

I had feelings for Bright O, Kiddwaya, says Dorathy