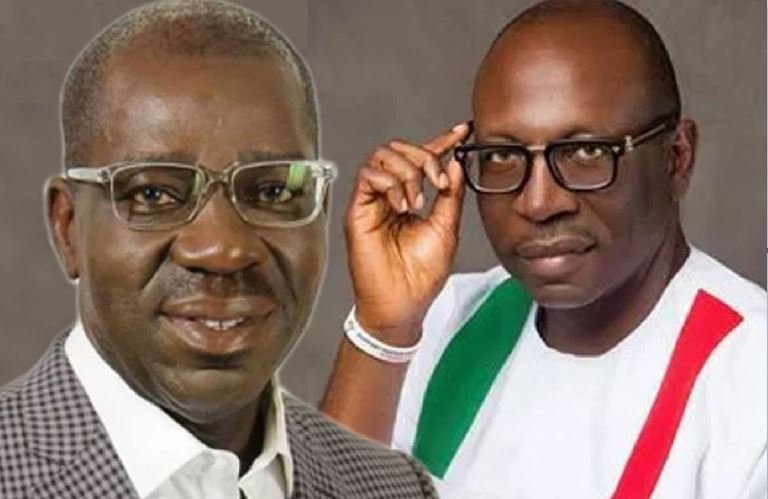 Governor and other very important personalities (VIPs) who have converged on Benin ahead of today’s governorship election in Edo State will not be allowed the luxury of moving about during voting.

It is part of the measures put in place by the security agencies to prevent manipulation of the voting process.

The move, however, appears not to have gone down well with the Peoples Democratic Party (PDP) which accused security agencies of harassing and threatening the lives of its governors who had gathered in Benin ahead of the poll.

The verbal war between the PDP and the All Progressives Congress (APC) over the election also heightened with the PDP claiming that the immediate past national chairman of the APC, Comrade Adams Oshiomhole, was trying to instigate the arrest of Deputy Governor Philip Shaibu.

Although the National Chairman of the PDP, Prince Uche Secondus, did not specify the number of the party’s governors so harassed or their names, the chairman of the party in Rivers State, Akawor Desmond, was categorical that 300 policemen laid siege to the hotel where Governor Nyesom Wike of Rivers State lodged in Benin.

Secondus, at a press conference in Abuja, alleged clampdown on PDP governors by security agents in Benin ahead of the elections.

The party expressed shock that ‘security agents were detailed to surround the lodging of our governors to harass and intimidate them.”

It wondered why APC governors, “including the governor of Kano State, Abdullahi Ganduje; his Imo State counterpart, Hope Uzodima as well as the Deputy President of the Senate, Senator Ovie Omo-Agege, are left free in the comfort of the GRA, Benin residence of Comrade Oshiomhole.

The PDP said it considered “the siege as provocative and completely unacceptable, as there cannot be two sets of laws for the citizens of our nation.”

It added: “Inasmuch as the APC governors are given liberty to stay in Benin City, our governors will not allow themselves to be harassed or stampeded to leave the state.

“At any rate, we are confident that our governors will not allow themselves to be stampeded.”

In a separate statement, Rivers State PDP Chairman, Akawor Desmond, alleged that more than 300 policemen on Friday night stormed Wike’s hotel in Benin with a view to forcing him out of town.

He said the Inspector General of Police, Mohammed Adamu, would be held responsible should anything happen to the governor.

His words: “The attention of the entire people of Rivers State has been drawn to the siege laid to the hotel where the Governor of Rivers State Nyesom Wike is lodging while on official assignment in Benin, Edo State.

“Recall that Governor Wike was appointed Chairman of the PDP National Campaign Council for the Edo governorship election. This is the same position Governor Ganduje of Kano State occupies for his party, the APC.

“Governor Ganduje and Governor Hope Uzodinma of Imo State are all in Benin, Edo State carrying out their assignment for the APC without any molestation or intimidation.

“And in a breach of the pledge they made, security agencies have decided to harass and intimidate Governor Wike who has not done any wrong.

“May I on behalf of the entire Rivers people warn that we shall hold the IGP responsible for anything that happens to our governor.”

Rivers State Information Commissioner Paulinus Nsirim said the people of Rivers State feared for the life of the governor in Benin City.

He said: “Rivers State Government rejects the siege on the hotel of Governor Nyesom Wike in Benin City. We are in a democracy. So, he should not be intimidated in view of the fact that he is the Chairman of the National Campaign Council of the Peoples Democratic Party (PDP) for Edo State’s September 19 governorship election.

“We are afraid for the life of Governor Wike, a very harmless citizen of Nigeria. Rivers people will not keep quiet. So, no harm must befall Governor Wike, who is a loyal and committed leader of PDP.”

Police sources said the siege was not meant to force Wike out of Edo State but to quarantine him since movement restriction would commence at 11:59 pm.

They claimed that operatives were also deployed to pin down other political gladiators to prevent them from moving around during voting hours.

Neither DIG Oyebade nor the Commissioner of Police (Election) Garba Umar could be reached on the phone for reaction.

Also, Police Public Relations Officer (PPRO), Edo State Command, Chidi Nwabuzor, did not pick several calls made to his mobile phones at the time of this report.

Wike, at a meeting with PDP leaders in Edo State on Thursday, had warned them to put everything into today’s election because “God forbid that APC wins. If they do, all of you here would have failed because your political life will be in jeopardy.”

Agents of the then PDP-controlled federal government in June 2014 prevented some governors of the APC from entering Ekiti State for a rally by their party ahead of that year’s governorship election.

The APC governors who were to join other party stakeholders for the Ado-Ekiti rally on the last day of campaigning were physically stopped from entering the state.

The helicopter that was to ferry then Governor Oshiomhole from Benin to Ado-Ekiti was refused permission to take off from the Benin Airport.

The plane carrying then Governor Amaechi actually landed in Akure but his convoy was stopped at the border between Ondo and Ekiti states and ordered to turn back.

While Amaechi’s convoy was being detained in order to force him to turn back, the convoys of the then Ministers of Defence and Police Affairs were allowed to pass.

APC chieftains, including Asiwaju Bola Tinubu, who succeeded in making the trip to Ekiti through Akure airport, were denied the opportunity to fly back and were compelled to return by road.

The PDP candidate in the election, Ayodele Fayose, went on to beat the then incumbent, Kayode Fayemi of the APC.

Governor Nasir El-Rufai of Kaduna State had a similar experience in Awka, Anambra State in 2014 when he went to lend support to the APC governorship candidate in that year’s election in the state, Dr. Chris Ngige.

Security officials invaded Finotel Hotel where he lodged and refused to let him leave the premises.

El-Rufai, who was not governor at the time, blamed his ordeal on Mr. Peter Obi who was governor of Anambra State at the time.

“Peter Obi… was widely quoted on national television that the SSS was right to detain me for 48 hours in an hotel in 2014 on the grounds that ‘El-Rufai has no business being in Anambra State as it is not Katsina State!’ I sued the SSS and was awarded N4m damages,” El-Rufai said on Twitter four years later.

The Independent National Electoral Commission (INEC) yesterday renewed its pledge to rise to the occasion by conducting a credible election today that will meet global standard.

National Chairman of the commission, Prof. Yakubu Mahmood, said all eyes are on the Commission to conduct a free and fair election.

He said: “As we begin the final countdown to the Edo governorship election, it is clear that all eyes are on the Independent National Electoral Commission to deliver a free, fair and credible process.

“I have no doubt that our staff members will rise to the occasion. We have done it several times before and we can do it again. The Commission deeply appreciates the never ending sacrifices made by our staff at all times, often beyond the call of duty, to ensure that we carry out our mandate. The management will continue to improve the welfare and conditions of service of staff within the available resources.

“Let me appeal to all of you to remain steadfast and committed to the ideals of the Commission. Nigerians and the international community expect so much from us. They are watching. It is important that we all remain above board in the performance of our respective duties.

“We must ensure that no political party or candidate is accorded any advantage over the other. We must be neutral at all times and stick strictly to our Code of Conduct and Oath of Neutrality to which we have all subscribed.

“For, at the end of the day, we would have all contributed to the sustenance of democracy and a strong electoral process that all Nigerians can trust.”