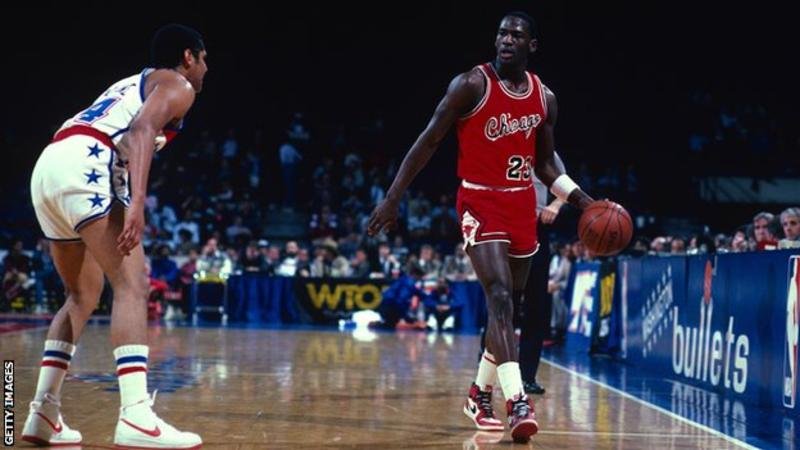 The Nike Air Jordan 1s, worn by Jordan during his rookie season with the Chicago Bulls, were expected to fetch between $100,00-$150,000 at Sotheby’s.

Jordan wore mismatched trainers, with the left a size 13 and the right a size 13.5.

The Air Jordan 1s were sold by Jordan Geller, who founded the trainer museum Shoezeum in Las Vegas.

The sale coincided with a Netflix documentary – The Last Dance – with behind-the-scenes footage of the Bulls’ hunt for a sixth NBA title in the 1997-98 season.