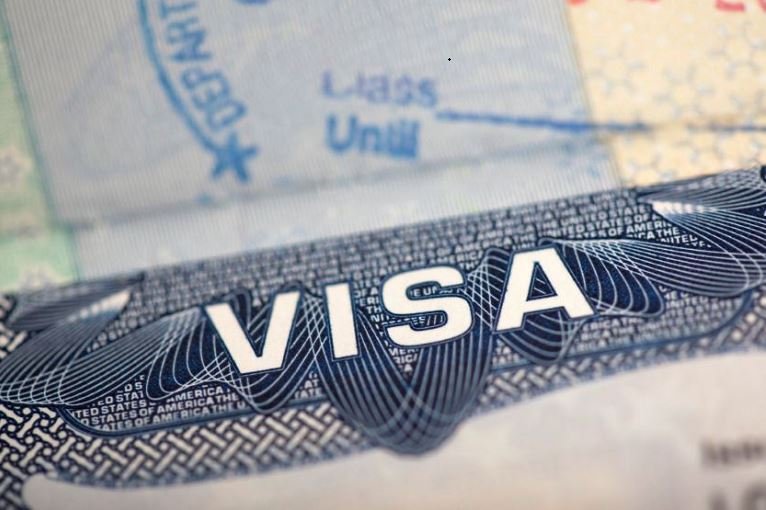 President Donald Trump has said he will halt applications of foreign nationals seeking permanent residence in the US because of the coronavirus crisis.

A day after he announced the move in an ambiguous tweet, Mr Trump said the measure would protect American jobs.

It is not clear how effective it will be as most visa services have already been suspended because of the outbreak.

Critics say he is trying to distract attention away from his response to the virus. The US has nearly 45,000 deaths.

Democrats also accuse the administration of using the pandemic to crack down on immigration. The issue has traditionally been a strong campaigning theme for Mr Trump, a Republican, but has taken a back seat during the crisis and in the lead-up to the November election.

At a White House coronavirus briefing, Mr Trump said the executive order with the decision was likely to be signed on Wednesday. The ban could be extended “much longer” depending on how the economy was doing, he said.

After vowing to suspend “all immigration” to the US on Monday night, Mr Trump apparently changed his original plan after a backlash from some business leaders. It would reportedly impact immigrants given temporary working visas, like farm labourers and hi-tech employees.

What did President Trump say?

More than 20 million Americans have lost their jobs amid the coronavirus outbreak, and the president said the government had a “solemn duty” to ensure they regain their jobs.

“It would be wrong and unjust for Americans laid off by the virus to be replaced with new immigrant labour flown in from abroad,” he said, adding that there could be some exemptions to the measure.

“We want to protect our US workers and I think as we move forward we will become more and more protective of them”.

The US has the highest number of confirmed cases of coronavirus in the world – more than 820,000 – according to Johns Hopkins University, which is tracking the disease globally.

What are green cards?

What has the reaction been?

Ali Noorani, of the National Immigration Forum, said “immigrants account for 17% of healthcare workers and 24% of direct care workers ” in the US. “It is unfortunate the president would rather scapegoat the other than building a consensus that helps all of through this crisis,” he wrote on Twitter.

However, Thomas Homan, the president’s former acting director of US Immigration and Customs Enforcement, said it made “sense” and would keep jobs for unemployed Americans.

While such a move would usually affect millions, travel bans to prevent the spread of Covid-19 have already effectively halted immigration, making some question how much of a difference this will really make.

“The embassies are not open anyway, so this is like nothing new,” Carl Shusterman, who has practiced immigration law since the 1970s, was quoted by Associated Press news agency as saying.

“This announcement doesn’t really change anything unless the embassies were to open up next week or in the next 60 days.”

What else is happening in the US?