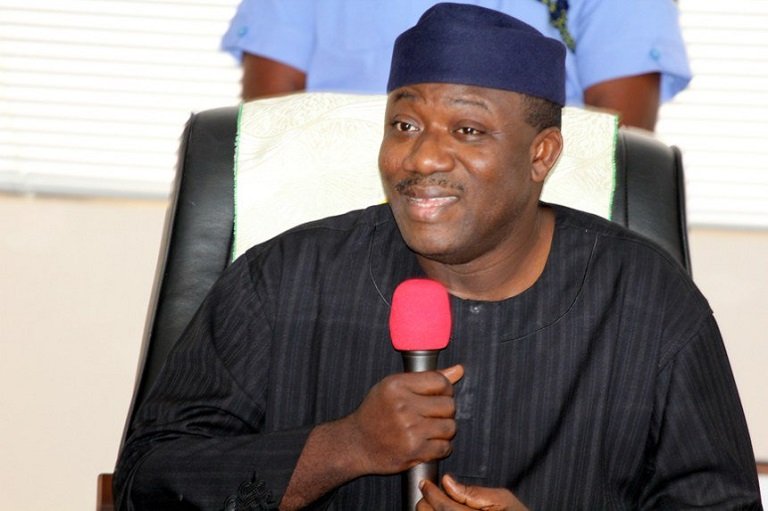 Commissioner for Agriculture in Ekiti State, Folorunso Olabode has been kidnapped by gunmen.

The councillor of Ilejemeje local government area of the state who was with him, was shot dead on the spot.

It was gathered on Sunday evening that the kidnap and murder the councillor took place between Isan and Iludun-Ekiti area of the State.

Reacting to the incident, Aare Muyiwa Olumilua, the Commissioner for Information and Values Orientation said the state governor, Kayode Fayemi has ordered security agencies to secure his release.

“The Government of Ekiti State hereby confirms the abduction of the Honorable Commissioner for Agriculture, Chief Folorunso Olabode, by suspected bandits at about 7:00pm on Sunday April 26, 2020 on his way from Ado-Ekiti to his hometown in Iye-Ekiti, Ilejemeje LGA of Ekiti State.

“From initial reports, the kidnappers shot one person in his entourage, the driver of the vehicle, a serving Councillor, in the ensuing fracas.

“Governor Kayode Fayemi has mandated the security agencies in the State to ensure their prompt and safe release, while assuring residents that adequate measures are ongoing, to maintain the peace and security of the State.

“He promised that all perpetrators of this and any crime will be brought to book.

“The Commissioner for Police in Ekiti State, Amba Asuquo, has confirmed that a team has already been dispatched, and are on the trail of the abductors, with a view to securing their release.