Lulu-Briggs: Why my stepson is against his father’s autopsy report
Advertisement 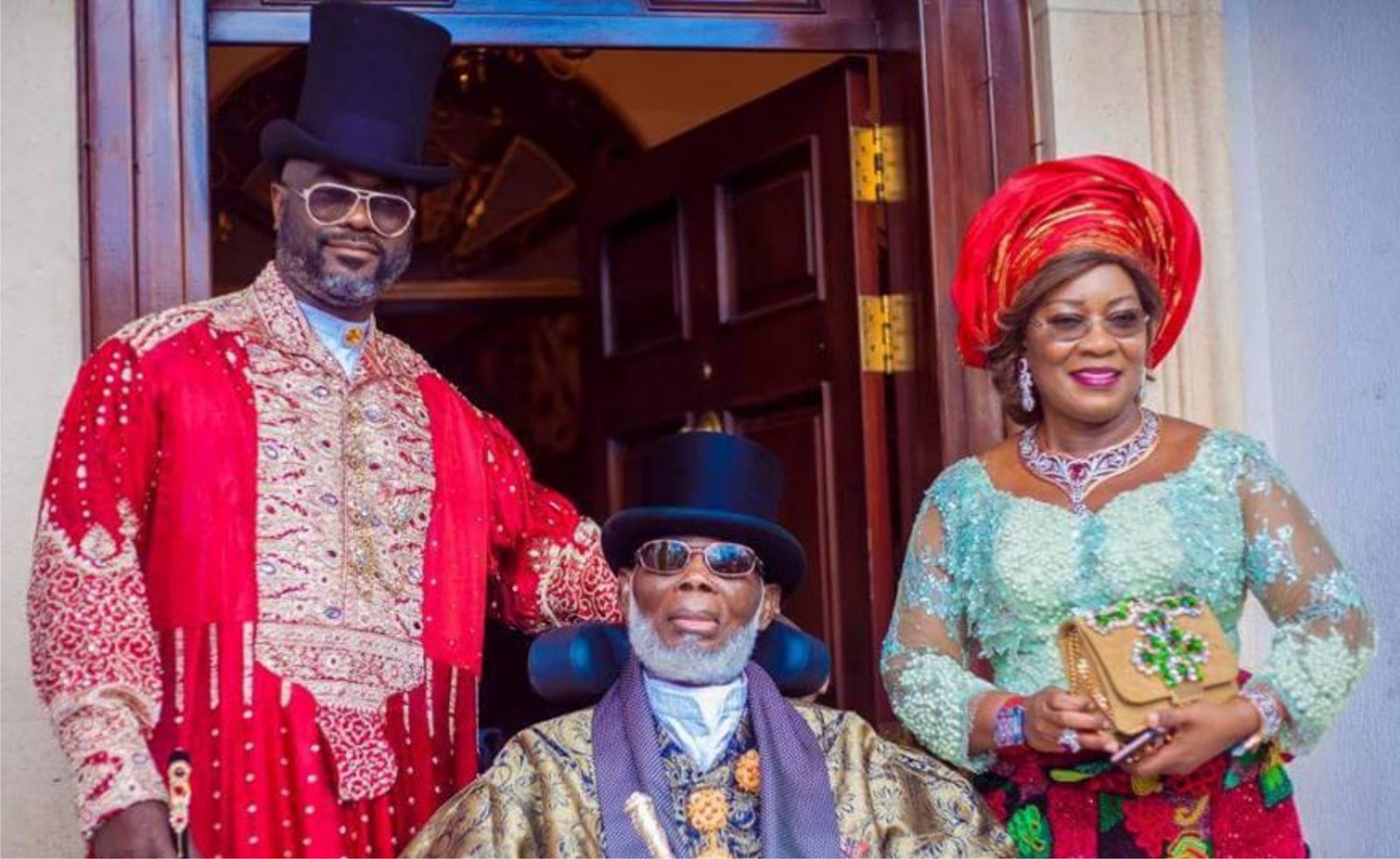 Seinye, widow of the Founder of Moni Pulo Limited, High Chief Olu Benson Lulu-Briggs, has again cried out over the continuous machinations by her stepson, Dumo Lulu-Briggs to falsely hold her for murder by conducting a manipulated and sinister autopsy on the late Lulu-Briggs.

Recall that Dumo Lulu-Briggs had accused his stepmother and father’s widow of having a hand in the death of her 88-year-old husband who died on the 27th, December, 2018 and to whom she was married for almost 20 years.

One year after the demise of Lulu-Briggs, Seinye who was mindful of her husband memorial, said she was rather taken aback that Dumo chose the very day of his father’s first death anniversary to block the release of the autopsy results he had always called for.

According to a statement released by Seinye on Friday through her spokesperson, Oraye St. Franklyn, Dumo’s was said to have blocked the release of the autopsy to ensure that the truth that his father died of natural causes is not made public.

The statement reads, “On the 27th of December 2019 exactly a year after his father died, rather than hold a memorial in his honour as would have been ordinarily expected, Dumo Lulu-Briggs rather chose that day to file an appeal in Ghana to block the release of the report of an autopsy that he had called for in July 2019. In a petition written in April 2019 to the Nigerian Police and later to the Ghanaian Police, Dumo had maintained that an autopsy was necessary to establish the cause of death of his father, High Chief (Dr.) O. B. Lulu-Briggs. It was therefore surprising that a ‘biological’ son who should rather be glad that the autopsy he called for had been done in order to effectively put to rest the issue of the cause of death of his father, chose the very day of his father’s first memorial to block the release of the autopsy result.

“Dumo Lulu-Briggs had falsely accused his stepmother and father’s widow of having a hand in the death of her 88-year-old husband to whom she was married for almost 20 years. His false accusations were the fall-outs of her refusal to set aside her husband’s Last Will and Testament even after personally conceding a fair share of her personal holdings to him and his siblings.

“His plan to falsely hold her for murder was built around his bid to have a manipulated and sinister autopsy done in Accra, Ghana, where his father died. Of course his planned sinister autopsy did not provide for the representation or participation of his stepmother whom he accused of murder. Consequently, to protect herself from being a victim of Dumo’s sinister plot aimed at her and also guarantee the integrity of the planned autopsy; she went to Court and got it to determine the proper procedure for the autopsy among other demands.

The Court did not only clearly ensure that the autopsy would be done by the Ghanaian Military, a neutral body, but also provided for two representative pathologists each for Dumo and herself to ensure their equitable and fair representation and involvement. The Court also ensured the autopsy was done under the close supervision of the Nigerian and Ghanaian Police, as well as the Interpol.

“On the 16th of July 2019, four days after Dumo’s failed attempt at conducting a manipulated autopsy, the proper one was done according to standard. The Ghanaian Police confirmed in writing to Dumo thereafter that the autopsy was done according to International standard at the 37 Military Hospital in Accra, one of the few facilities in Africa with an ISO certification. One of Dumo’s representatives at the autopsy is the current President of the Nigerian Medical Association, Dr. Adedayo Faduyile who was physically present while the autopsy was done. To this day, he has not countered the position of either the Ghanaian Police, which monitored the autopsy or the Ghanaian Military that conducted it, both of which maintain that the autopsy was properly done. This is not to mention the corroboration by all other pathologists who witnessed the autopsy that it was properly done.

“But in a rather strange twist, Dumo who called for the autopsy has blocked the release of the report to ensure that the truth that his father died of natural causes is not made public. Dumo chose the day that his father died as the perfect day to appeal against the court-ordered release of autopsy result, which he, himself, instigated. Dumo’s appeal is set to be heard in February 2020. It is obvious he has no intention of burying his father on January 25, 2020. Rather, he is desperately plotting to have another autopsy done to open up his father yet again for his selfish and wicked reasons; and surprisingly he does not deny it. He is determined to fabricate falsehood in his bid to indict his stepmother whom he sees as standing in his way of getting the prime access and control of his father’s estate.

“High Chief O. B. Lulu-Briggs in his Last Will and Testament dated 2004, a few months after surviving four vicious legal battles in Abuja, Lagos, Houston (Texas) and London (UK) led by Dumo and his two brothers Senibo and Sofiri as well as their friends served them his own judgment. His judgment was in response to their failed bid to take over his company from him. They had done so, and gone as far as they could with their plot, in demand for their inheritance from him. In 2003 and 2004, therefore, after choosing to settle them with a total sum of $8 million he documented it in his Will as their inheritance as they had demanded. In his judgement, as he stated in his Last Will and Testament, he considered the amounts “to be reasonable and sufficient financial provisions made for my said eldest sons, and I hereby confirm that I re-iterate and maintain my position that, for the reasons specified in my side letter to my Will and in view of other events and incidents involving my said eldest sons and I, I have not made and shall not be making any further provisions for my said eldest sons whether in the form of inter vivos gift or in my testamentary depositions…”

“Dumo, having suffered such a monumental self-inflicted loss and driven by an insatiable appetite for money, now sees his father’s passing as a good opportunity to re-start the same battle but this time with his father’s widow. The very woman who loved, cared for and lived with his father for almost 20 years, which undoubtedly were some of his most priceless moments. Dumo sees his present battle as being the fight of his life; a battle he lost decades ago, yet still shadow boxing.

“Unfortunately, if anyone is to bravely tell Dumo any truth at all, it is that his greatest fear has come upon him. His father’s Will has been read, Probate granted and effectively executed. The ship has sailed. As such, he has one duty and only one option: ‘bury your father’ or at least allow him to be buried by those who truly love him. Blocking the release of the autopsy report is an exercise in futility. It cannot hold for long.”