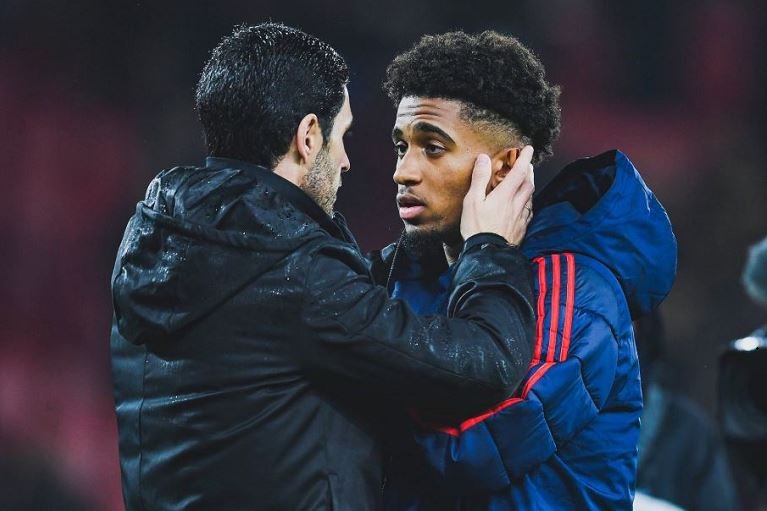 Reiss Nelson’s goal sent Arsenal into the FA Cup fourth round after the hosts withstood a first-half barrage from Championship leaders Leeds.

Leeds dominated before the break, with Patrick Bamford hitting the crossbar in one of United’s 15 first-half efforts.

Arsenal were much improved after the restart and Nelson scrambled home to secure a second consecutive win under new boss Mikel Arteta.

The Gunners will visit Bournemouth in the next round later this month.

Arsenal had the majority of the second-half chances, with Alexandre Lacazette clipping the crossbar with a free-kick.

Leeds boss Marcelo Bielsa will see the game as a missed opportunity – especially after their first-half performance – although he can now focus on promotion and ending the club’s 16-year absence from the top flight.

Arsenal manage to turn it around

Arteta said in the build-up that Arsenal had to take the FA Cup “very seriously” and become “addicted” to winning, naming a strong team.

They came into the game on the back of one of their most impressive performances of the season. They were excellent in the first half of their 2-0 win over Manchester United on New Year’s Day, although faded after the break.

This was the exact reverse.

The 13-time FA Cup winners were absolutely torrid in the first half – with only 37.2% possession and one shot on target – and could have been out of the game before half-time.

But whatever was said by Arteta at the break worked perfectly and they were a team reborn in the second half.

Nicolas Pepe fired over a shot just seconds after the restart as they immediately expressed their intent. Lacazette forced a save from Illan Meslier and then struck the bar with a free-kick.

Lacazette had a hand in the goal as his cross was deflected by Gaetano Berardi into the path of Nelson, whose scuffed shot just went in.

There was only one winner from that point and Gabriel Martinelli, who replaced Nelson, produced a good save from Meslier with a 20-yard drive.

Bielsa said he was taking the cup seriously, although handed debuts to two players – French teenage goalkeeper Meslier and 20-year-old defender Robbie Gotts – both of whom did well.

They are nine points clear of third-placed Brentford in the Championship and hoping to avoid a repeat of their late-season collapse from last year.

Based on this performance – and a rowdy away following of 8,000 fans – they would be a wonderful addition to the Premier League.

In the first half at Emirates Stadium they were magnificent, dominating possession and territory, creating plenty of chances and putting Arsenal under constant pressure whenever they had the ball.

They looked nothing like a Championship team away from home against a ‘big six’ side.

Bamford had three shots in the opening 10 minutes before smashing the crossbar after playing a one-two with the lively Jack Harrison.

Harrison had a 20-yard curling effort saved by Emiliano Martinez and after 17 minutes Leeds boasted seven shots to Arsenal’s one.

The pressure kept on coming. Ezgjan Alioski drove a shot just wide and then his header was kept out by the busy Martinez.

They must have wondered whether they would be made to pay for missing their chances – and they were.

Their performance dipped in the second half as Arsenal upped their game, and they never looked like mounting a comeback after Nelson bundled home.