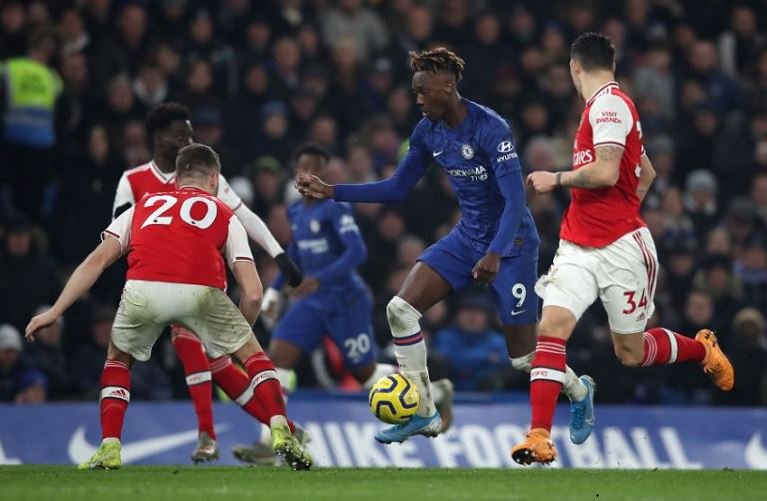 Arsenal overcame David Luiz’s dismissal against his old club to twice come from behind against Chelsea in an eventful London derby.

The Gunners looked beaten when Jorginho fired Chelsea ahead from the penalty spot after Luiz was shown a straight red card for bundling over Tammy Abraham.

The Chelsea forward had pounced on a terrible backpass by Shkodran Mustafi and rounded keeper Bernd Leno when he was shoved over by Brazil defender Luiz.

Chelsea were dominant for long periods but failed to kill the game off and were punished when N’Golo Kante slipped inside the centre circle allowing 18-year-old Martinelli to gallop free and produce an excellent finish, the Brazilian’s 10th league and cup goal of the season.

It was Arsenal’s first shot on target and came after a Chelsea corner which was cleared by Mustafi, the German atoning for his earlier error.

Chelsea thought they had won it when skipper Cesar Azpilicueta scored from six yards six minutes from time but spirited Arsenal earned a point through captain Hector Bellerin – making his first appearance since 5 December.