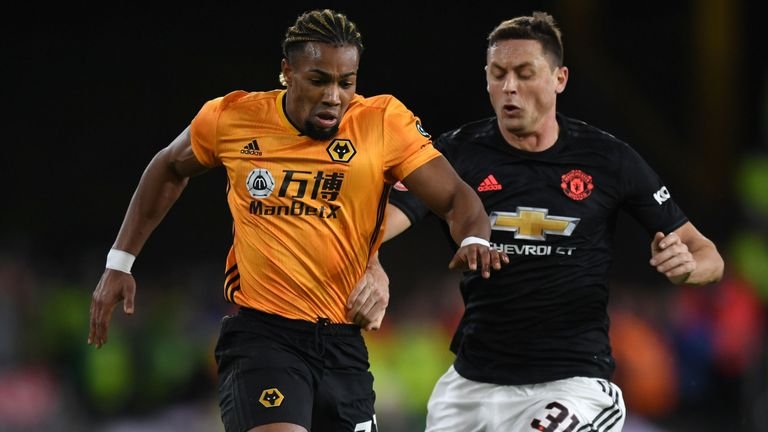 Chelsea are interested in signing Crystal Palace and Ivory Coast forward Wilfried Zaha this month but are not willing to meet the Eagles’ £80m valuation. (Express)

The agent of Barcelona and Chile midfielder Arturo Vidal, 32, will speak to Manchester United about the player moving to the Premier League in January. (Corriere Della Sera, via Mirror)

Aston Villa have been in contact with Crystal Palace over a move to re-sign Belgian striker Christian Benteke, 29. (Telegraph, via Birmingham Mail)

Mario Gotze, who scored the winning goal for Germany in the 2014 World Cup final, is set to leave Borussia Dortmund on a free transfer when his contract expires at the end of the season. He has played under both Manchester City boss Pep Guardiola and Liverpool manager Jurgen Klopp. (Bild, via Mirror)

Newcastle are interested in signing former Liverpool winger Ryan Babel from Galatasaray. The Turkish side are keen eager to offload the Dutchman in January with Ajax also considering a move. (Express)

Ole Gunnar Solskjaer has said a number of Manchester United players are playing for their futures. England midfielder Jesse Lingard, 27, only has 18 months left on his contract, with Serbian midfielder Nemanja Matic, 31, Dutch full-back Timothy Fosu-Mensah, 22, and Ivorian defender Eric Bailly, 25, out of contract at the end of the season. (Manchester Evening News)

Everton want to take Juventus’ French midfielder Adrien Rabiot, 24, on loan until the end of the season. (Corriere Dello Sport, via Sport Witness)

Germany forward Leroy Sane, 23, is close to a return to Manchester City training – after being out for five months with a cruciate ligament injury. (Manchester Evening News)

Liverpool, Chelsea and Tottenham are among the clubs monitoring Brighton’s English defender Ben White, 22, during his current loan at Leeds. (Sky Sports)

Arsenal are unlikely to make permanent signings in January and will instead focus on loan deals. (Goal)

A number of English clubs are in talks over a move for England Under-19 international midfielder Marcus McGuane from Barcelona. (Sun)

Charlton will consider offers for striker Lyle Taylor, 29 after withdrawing a contract offer for the Montserrat international. (South London Press)