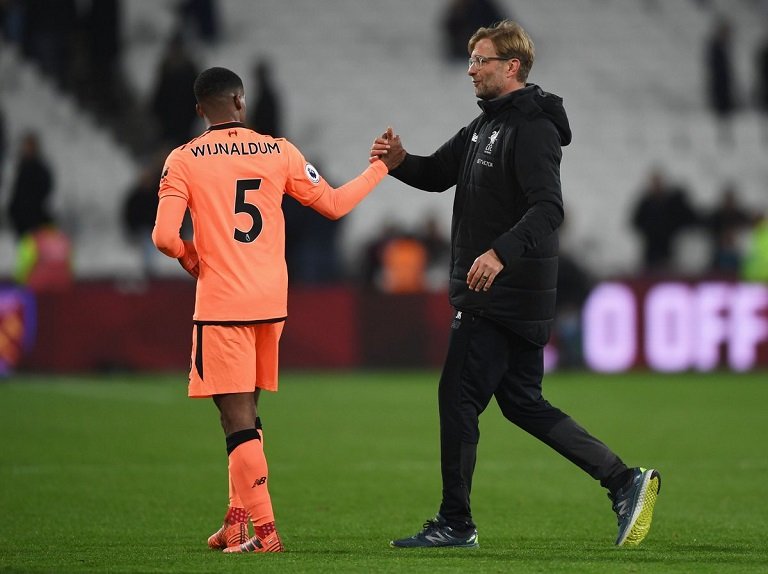 Liverpool will host Everton in the third round of the FA Cup, while Championship promotion hopefuls Leeds United will travel to Arsenal.

Holders Manchester City will welcome League Two side Port Vale and Manchester United go to Wolves in a repeat of last season’s quarter-final.

National League side AFC Fylde, the lowest ranked team definitely through to the third round, will travel to Premier League Sheffield United.

The ties take place from 3-6 January.

Boston, of the sixth-tier National League North, will host Premier League opposition in Newcastle United, if they can come through a replay against Rochdale on Tuesday, 10 December.

Fellow non-league sides Hartlepool and Eastleigh also face replays, but could meet Oxford United and Barnsley respectively should they progress.

Merseyside rivals Liverpool and Everton meet on Wednesday night in the Premier League, with both sides in wildly differing form.

Jurgen Klopp’s Reds are eight points clear at the top of the league, while Everton sit two points above the relegation zone with pressure mounting on boss Marco Silva.

All three of the most recent meetings between Leeds and Arsenal have come in the third round of the FA Cup, the Gunners winning 1-0 in 2012 and also prevailing 3-1 in a replay in January 2011, following a 1-1 draw.

Wolves reached their first FA Cup semi-final in 21 years by beating Manchester United in last season’s quarters, while Manchester City will be wary of falling victim to lower-league Port Vale after going out to then-League One side Wigan in the fifth round in 2018.