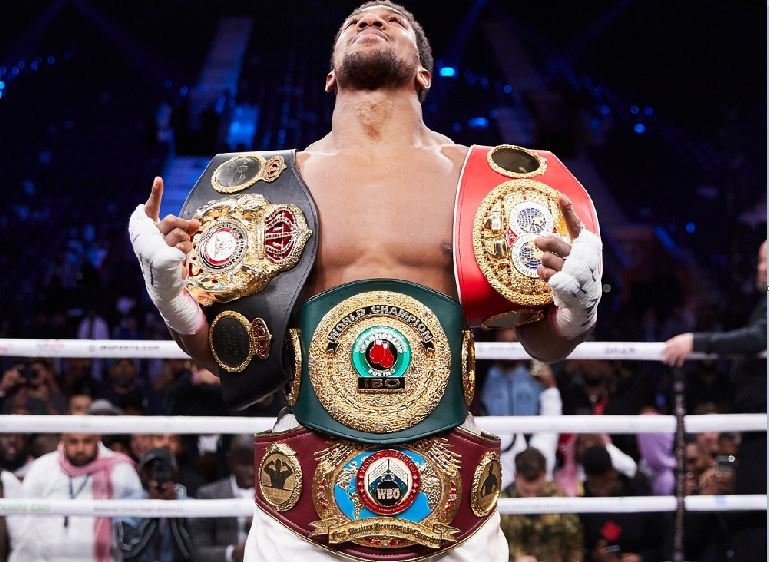 Anthony Joshua has revealed his desire to defend his world heavyweight titles in Nigeria after his rematch win over Andy Ruiz Jr. on Saturday night.

Joshua, who is of Nigerian heritage, was congratulated on his points success in Saudi Arabia by the country’s president, Muhammadu Buhari.

Joshua is expected to return to London to defend his titles against Kubrat Pulev but his promoter Eddie Hearn has received numerous offers to stage future bouts elsewhere.

The 30-year-old Joshua said he began to dream of a fight in Nigeria – which would be the first on the continent outside South Africa since the ‘Rumble in the Jungle’ in 1974 – after visiting the country earlier this year.

Joshua said: “People had been telling me I should go back for ages. It was crazy because they don’t have 24-hour electricity but they still know me and support me.

“I went to the ghettos of the ghettos where it’s not all about egos and beef, it’s about people who are hungry to survive.

My hope is that someone sees my page and decides not to give up. Clean hearts win 🖤 pic.twitter.com/yBrHeLq19q

“It was one of the best things I’ve done. Africa’s rooting for me for sure, so I would definitely love to fight out there.”

the 2008 Olympics, only to be turned down by boxing officials.

Buhari sent a congratulatory message to Joshua via his official spokesman, in which he said: “The downfall of a man is truly not the end of his life. There’s always another, and better day. This is a lesson we must all learn from you as a country.”

Joshua’s parents are both of Nigerian descent, and the fighter made a bid to represent the country.

While a prospective bout in Nigeria remains a long-term ambition, Joshua revealed he has no intention of slackening off his training regime over Christmas.

He is expected to meet Pulev in a mandatory title defence in April or May before moving on to take on another commitment – possibly against Oleksandr Usyk – later in 2020.

Joshua added: “Five months from now, the belts go in the air and I have to defend them again.

“I am only the champion for months again, so I can’t get too caught up in the moment and have to stay focused on the task at hand, which is not staying undefeated any more, but staying champion for as long as possible.”