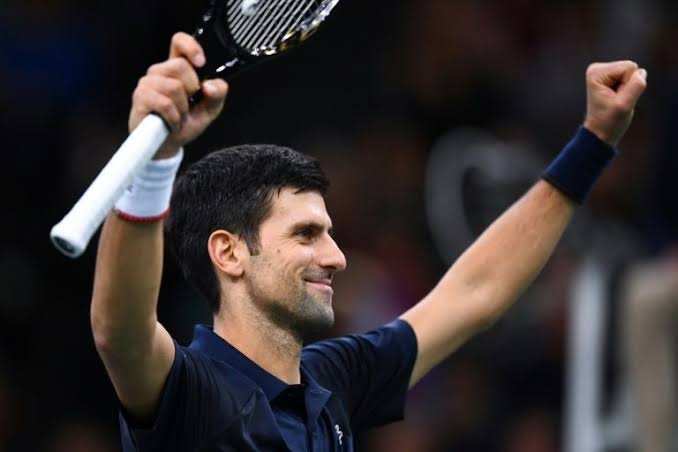 Novak Djokovic recorded his 77th ATP title with a 6-3 6-4 win over Canada’s Denis Shapovalov at the Paris Masters.

The 32-year-old Serb will be replaced as world number one by Rafael Nadal on Monday despite sealing his 34th Masters title, his fifth in Paris and fifth overall ATP victory of the year.

He maintained his record of not losing a set in the week as he wrapped up the match in one hour, five minutes.

It was Djokovic’s fourth win against world number 28 Shapovalov, 20.

In his 50th Masters final, Djokovic took a 3-0 lead against Shapovalov – playing his first – and took the set in 29 minutes.

The Serb, who lost in last year’s Paris final to Karen Khachanov, broke in the seventh game of the second set.

Left-hander Shapovalov won his first ATP title with victory in the indoor Stockholm Open last month and had his only break point of the final in the next game.

However, he was guilty of three consecutive backhand errors as Djokovic held and soon sealed the title, putting him level with John McEnroe in fifth place on the all-time list of ATP winners.

Shapovalov is projected to climb to a career-high 15th in the rankings.

Nadal will become world number one on Monday for the first time in a year, but the 33-year-old Spaniard is a doubt for the ATP Tour Finals starting in London on 10 November after an abdominal muscle strain forced him out of his semi-final with Shapovalov.