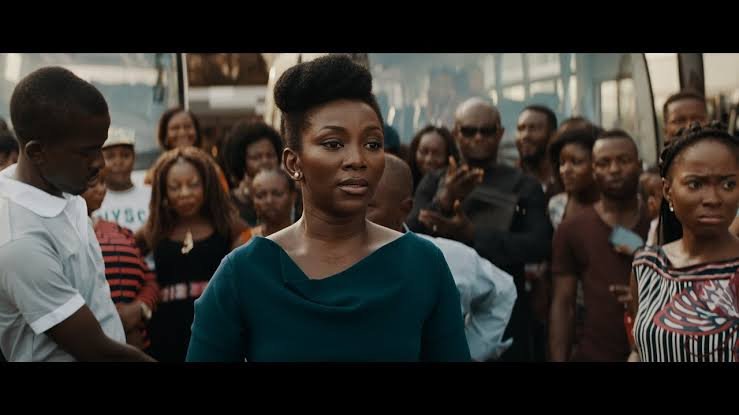 Nigerian film director and actor Genevieve Nnaji has protested against the disqualification of her film, Lionheart, from Oscar’s Best International Feature Film category.

The Academy dropped the Nigerian comedy “for having too much dialogue in English”, which violates its rule that requires entries in the international category to have “a predominantly non-English dialogue track.”

Lionheart, which is Nigeria’s first ever submission to the Oscar, is largely in English, with an 11-minute section in the Igbo language.

The film, which has earned strong reviews and is currently streaming on Netflix, had been scheduled to screen for Academy voters in the international category on Wednesday.

Its disqualification was announced to voters in an email on Monday, according to The Wrap website.

It was one of the unprecedented 29 films out of 93 originally submitted this year that were directed by women.

The Director Genevieve Nnaji, who also stars in the film, protested against the disqualification on Twitter saying the film “represents the way we speak as Nigerians.”

She added that; “This includes English which acts as a bridge between the 500+ languages spoken in our country. We did not choose who colonised us. As ever, this film and many like it, is proudly Nigerian.”

Top Hollywood director Ava DuVernay tweeted in support of Lionheart asking if the disqualification meant “barring” Nigeria from ever competing for an Oscar:

English is the official language of most African countries that were colonised by Britain.