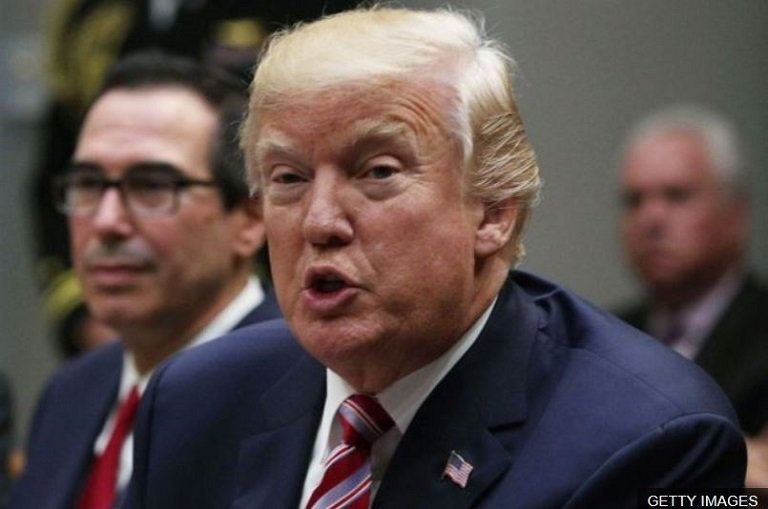 The testimony by Laura Cooper, deputy assistant secretary of defense released Monday by the congressional impeachment panel into US President Donald Trump detailed confusion and concern in the US national security apparatus after the White House blocked aid to Ukraine without explanation.

It was one more piece of evidence in a series to be made public that reveals the internal machinations of the administration as Trump insisted that $400 million in aid slated for Ukraine be withheld until the nation’s President Volodymyr Zelenskiy publicly launched an investigation into one of Trump’s top political rivals.

The panel also released testimony on Monday from Catherine Croft and Christopher Anderson, both advisers to Ambassador Kurt Volker on Ukraine policy.

The revelations come two days before the impeachment inquiry by the Democratic-led US House of Representatives committees enters a crucial new public phase.

The first on-camera hearings in the investigation are set for later this week and focused on accusations that Trump improperly withheld security money as leverage to pressure Ukraine to investigate political rival Joe Biden.

On Wednesday and Friday, US diplomats William Taylor, George Kent and Marie Yovanovitch are due to detail in public their concerns, previously expressed in testimony behind closed doors, that Trump and his administration sought to tie the security aid to investigations that might benefit his 2020 re-election bid.

The public testimony before the House Intelligence Committee will be carried by major broadcast and cable television networks and is expected to be viewed by millions of people, as Democrats seek to make the case for Trump’s removal from office.

Cooper’s October 23 closed-door testimony became the scene of one of the most explosive moments of the inquiry so far, when a group of about two dozen Republican lawmakers and allies of Trump stormed the secure room where she was speaking. Critics denounced the lawmakers’ actions, saying by taking phones into the secure room, they had compromised US security.

In her testimony, Cooper described at some length the approval process for the $391 million in aid to Ukraine, including that the Pentagon had determined that Kiev had met anti-corruption requirements for the release of the funds.

Trump and some of his supporters have argued that the funds – approved by the US Congress to help combat Russia-backed separatists in the eastern part of Ukraine – were blocked by Trump to press Zelenskiy’s government to fight corruption, not to seek an investigation of Biden and his son.

“All of the senior leaders of the US national security departments and agencies were all unified in their view that this assistance was essential,” Cooper said, according to the transcript.

Cooper said the US military was concerned that denying US assistance would make it harder for Ukraine to negotiate with Moscow.

The investigating panel’s Democratic chairman, Representative Adam Schiff, has been a target of the Republican president’s attacks since the impeachment probe was launched in September after a whistleblower within the US intelligence community brought a complaint against Trump over his July 25 call with Zelenskiy.

Democrats, who control the House, have argued that Trump abused his power in pressing a vulnerable U.S. ally to carry out investigations that would benefit Trump politically. Biden is a leading contender for the Democratic nomination to face the Republican president in the 2020 election. His son Hunter Biden served on the board of a Ukrainian energy company called Burisma.

Trump has denied there was a quid pro quo – or exchanging a favor for a favor – in his dealings with Ukraine. He defended his call with Zelenskiy as “perfect” and branded the probe a politically motivated hoax. Trump wrote on Twitter on Monday that the inquiry should be ended and the unnamed whistleblower, the whistleblower’s lawyer and “Corrupt politician” Schiff should be investigated for fraud.

Democrats consider the open hearings to be crucial to building public support for a vote on articles of impeachment – formal charges – against Trump.

If that occurs, the 100-seat Republican-controlled Senate would hold a trial on the charges. Republicans have so far shown little support for removing Trump from office, which would require two-thirds of senators present to vote to convict him.

Republicans, who then controlled the House, brought impeachment charges against Democratic President Bill Clinton in a scandal involving his sexual relationship with a White House intern. The Senate voted to keep Clinton in office.