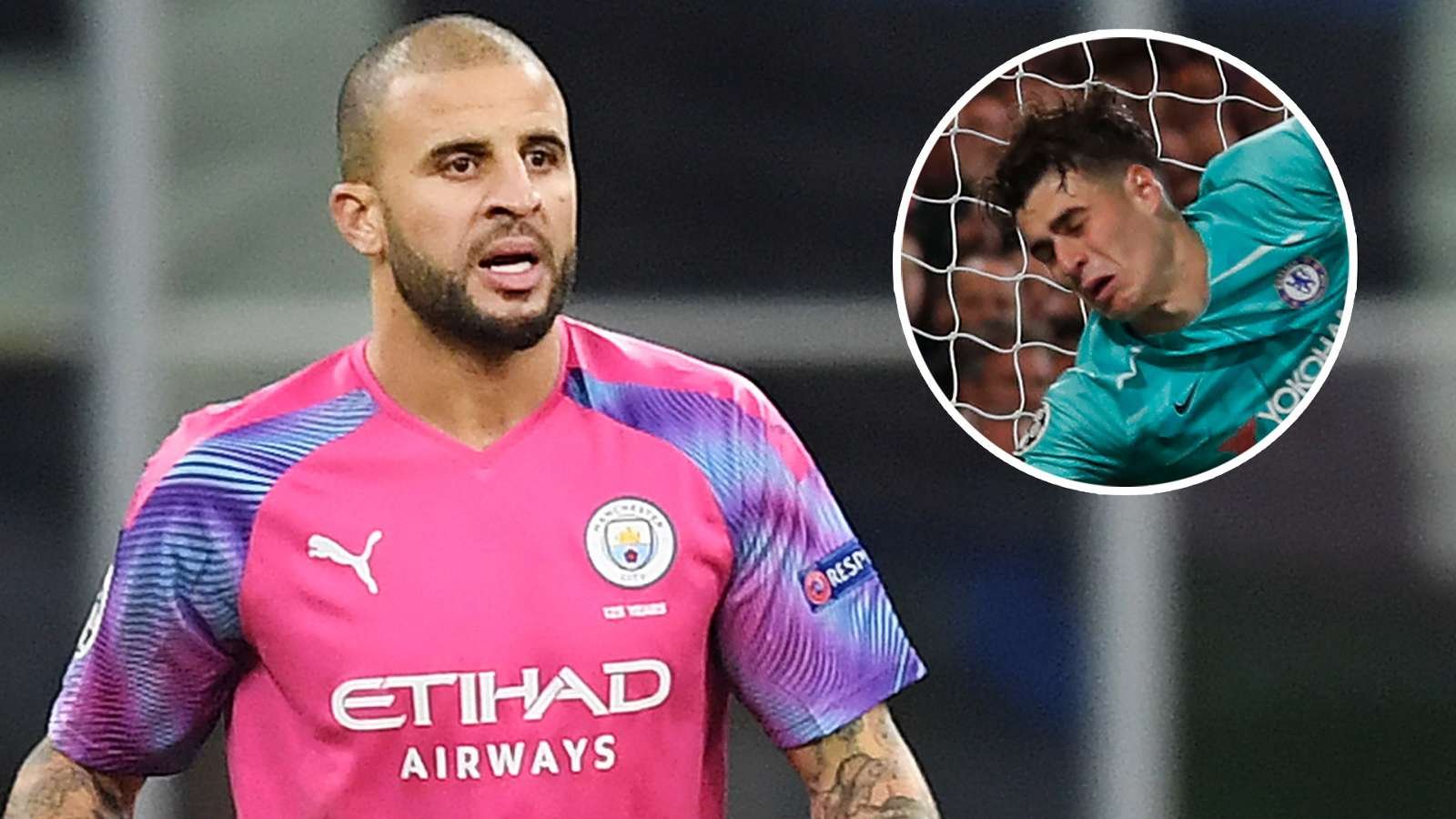 Atalanta ace Marten de Roon praised Kyle Walker on social media after the Manchester City defender filled in for Claudio Bravo between the sticks in a Champions League clash on Wednesday.

The Premier League champions were held to a 1-1 draw by the Serie A outfit at Stadio Atleti Azzurri d’Italia, after Raheem Sterling’s seventh-minute opener was cancelled out by a Mario Pasilic equaliser shortly after half-time.

City’s first choice ‘keeper Ederson had to be withdrawn at the interval with a muscular issue, with Bravo coming on in his stead for only his third appearance of the 2019-20 campaign to date.

The Chilean failed to finish the match, however, as he was sent off for bringing down Josip Ilicic when he ran through on goal in the 80th minute.

Pep Guardiola was forced to replace Bravo with Kyle Walker who made a couple of eye-catching saves as City held on for an important point in Italy.

Atalanta midfielder De Roon has congratulated the England international for donning the gloves on social media, while also aiming a dig at Chelsea shot-stopper Kepa.

The Spaniard put through his own net as Chelsea drew 4-4 with Ajax at Stamford Bridge on Tuesday, after a Hakim Ziyech free-kick cannoned back off the post and into his face.

De Roon posted a split-image of Kepa and Walker on Twitter, with the caption: “Well done Kyle Walker. No worries, could’ve been worse.”

When asked post-match if he volunteered to play in goal or was forced to take up the position, Walker told reporters: “I think it was a little bit of both.

“All jokes aside we came here to get a point or a victory.

“We knew it was going to be difficult as they play man-to-man, they’re a good team and they’re in the Champions League for a reason.”

Despite dropping two points against Atalanta, City retained their five-point lead at the top of Group C after Dinamo Zagreb and Shakhtar Donetsk played out a 3-3 draw in Croatia.

Guardiola’s side will now turn their attention to a vital clash with Liverpool at Anfield on Sunday, which could have a huge bearing on this year’s title race.

The City boss is not sure whether Ederson will be fit enough to return to the starting XI this weekend, which might mean that Bravo is drafted back in to face the Reds.