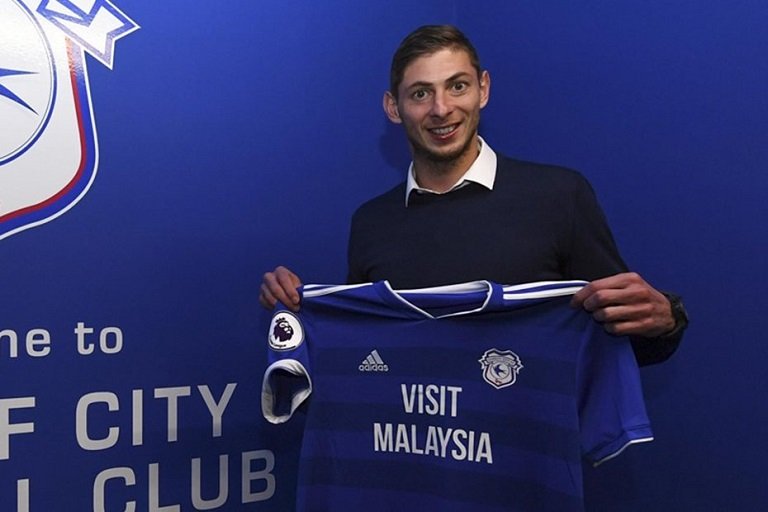 Cardiff have been threatened with a three-window transfer ban by FIFA if they fail to pay £5.3m (€6m) to Nantes for the transfer of Emiliano Sala.

The sum relates to the first instalment that Cardiff were due to pay the Ligue 1 club in January 2019 for the Argentine striker, who died in a plane crash over the English Channel on January 21.

The full written reasons have now been published by FIFA, following their decision in September.

Sala had signed for Cardiff for a £15m fee with the then-Premier League team but the Championship side refused to pay the transfer fee for him.

Nantes subsequently complained to world football’s governing body in February over the non-payment, leading to Monday’s written explanation of their findings.

FIFA’s Players’ Status Committee have stated that if Cardiff do not pay the €6m within 45 days of receiving bank details from Nantes, “a ban from registering any new players, either nationally or internationally, for the maximum duration of three entire and consecutive registration periods shall become effective”.

If Cardiff do not pay that figure by the conclusion of the three-transfer window ban, the matter will be heard by FIFA’s Disciplinary Committee for consideration and a formal decision.

FIFA’s ruling argued that the transfer had been officially completed before Sala’s death and therefore Cardiff remained obliged to make payment.

The club had argued that the circumstances surrounding Sala’s death, in a plane organised by an agent who brokered the transfer, meant Nantes were liable for damages caused to them.

FIFA stated in its written explanation, however, that criminal or civil liability will be a matter for the courts and not FIFA.