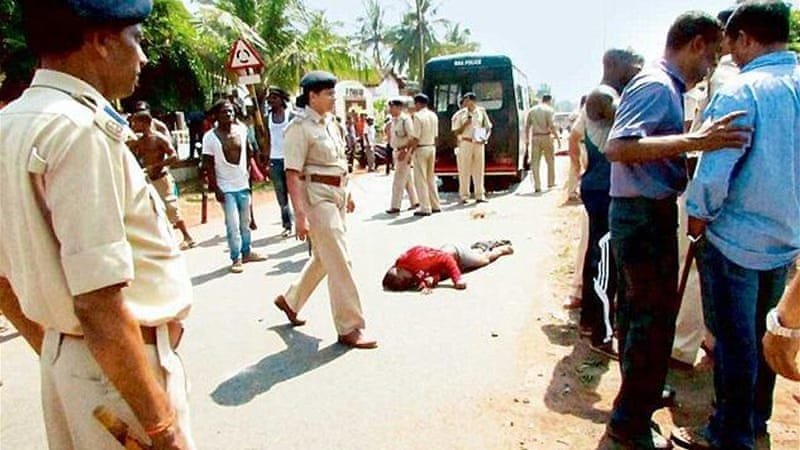 A group of over 25 Nigerian nationals went on a rampage and vandalized several vehicles in Nalasopara East after the suspicious death of a friend in the wee hours of Wednesday, Indian police said.

The murdered Nigerian was identified as 35 year-old Gut Ke Joseph.

Police said he was punched, kicked and left to die by fellow Nigerians during a drinking binge at 3.30am at Joseph’s home. A fight had broken out among them and this spilled onto the road.

Police took Joseph to hospital, where he was declared dead, reported Times of India. Police booked his death as ‘accidental’ and have arrested some Nigerians for questioning.

According to the newspaper, Joseph’s killers fled the scene.

But in a different report, another newspaper MidDay.com, said Joseph was beaten to death by some Indian youths.

Contrary to the police version, Mid Day reported that it was Joseph’s friends who rushed him to a nearby hospital, where the doctors declared him dead.

Alleging his murder by locals, around 20-25 Nigerians ran riot on streets. During that many vehicles including autos, taxis, car, tempos, trucks and bikes were vandalised.

The riot invited the wrath of Indians. An Indian mob quickly gathered and threatened to deal with the Nigerians if they stepped out of their homes, reported Times of India.