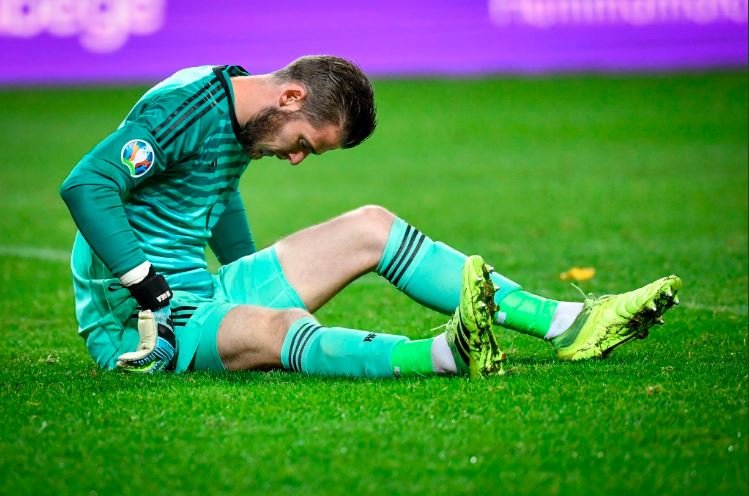 Goalkeeper David de Gea is a doubt for Manchester United’s Premier League game against Liverpool on Sunday after coming off injured on Spain duty.

The 28-year-old appeared to hurt his hamstring during his country’s Euro 2020 qualifier in Sweden.

He was replaced by Chelsea’s Kepa Arrizabalaga after an hour in Stockholm with his side trailing 1-0.

Three-time champions Spain however qualified for Euro 2020 courtesy of Rodrigo’s injury-time strike in a draw in Sweden.

Spain needed just a point to advance to next summer’s tournament but left it until the 92nd minute as Rodrigo converted Fabian Ruiz’s cutback.

Sweden took the lead early in the second half through Marcus Berg’s header from close range.

David de Gea made a stunning save from Robin Quaison’s header, before hobbling off injured in the second half.

The goalkeeper is a doubt for Manchester United’s Premier League game against Liverpool on Sunday with what appeared to be a hamstring injury.

Spain should have had more but Sweden goalkeeper Robin Olsen made sharp saves to deny Manchester City’s Rodri, Ruiz and Gerard Moreno.

They become the sixth team to qualify for next year’s tournament after Belgium, Italy, Russia, Poland and Ukraine.