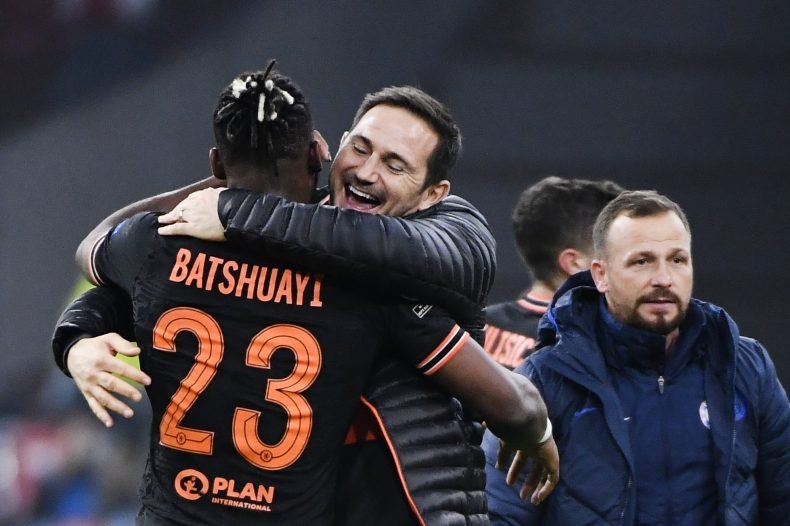 The Dutch giants had won both their Group H games prior to the visit of Frank Lampard’s side but struggled to break down their disciplined opponents and were undone when Batshuayi slammed home in the final few minutes.

Ajax did have a goal ruled out by the Video Assistant Referee in the first half when Quincy Promes’ strike was ruled out by the smallest of margins, while Edson Alvarez headed against the post after the break.

But Chelsea fully deserved their win for a hugely impressive away performance as they recorded a second successive win that moves them top of the group, level with Ajax on six points.

The victory sets things up for a tantalising top-of-the-table meeting between the two sides at Stamford Bridge on 5 November.

Much has been made of this young Ajax side after they came within a whisker of reaching the Champions League final last season, knocked out by Tottenham in the semi-finals after a stoppage-time goal from Lucas Moura.

Despite the loss of key players Matthijs de Ligt and Frenkie de Jong over the summer, astute signings coupled with yet more talented players emerging from the famed academy meant they picked up where they left off, winning 13 of this campaign’s first 17 games and drawing the other four.

But against Chelsea, they were up against a side that boasts its own impressive collection of improving young talent that arrived at the Johan Cruyff Arena looking to claim a sixth successive win in all competitions.

From the outset Chelsea made things uncomfortable for Ajax, not allowing the home side to utilize their favored tactic of playing out from the back and disrupting their ability to build attacks.

As a result, the hosts created few clear-cut chances. They did not manage a shot on target until the 60th minute – when Daley Blind’s low effort was held by Kepa, and the closest they came was when Alvarez’ header cannoned back off the far post.

They were perhaps unfortunate to have Promes’ goal in the first half ruled out, with his boot ruled offside, but Chelsea deserve huge credit for nullifying a side that failed to score in a game for the first time since 20 August.