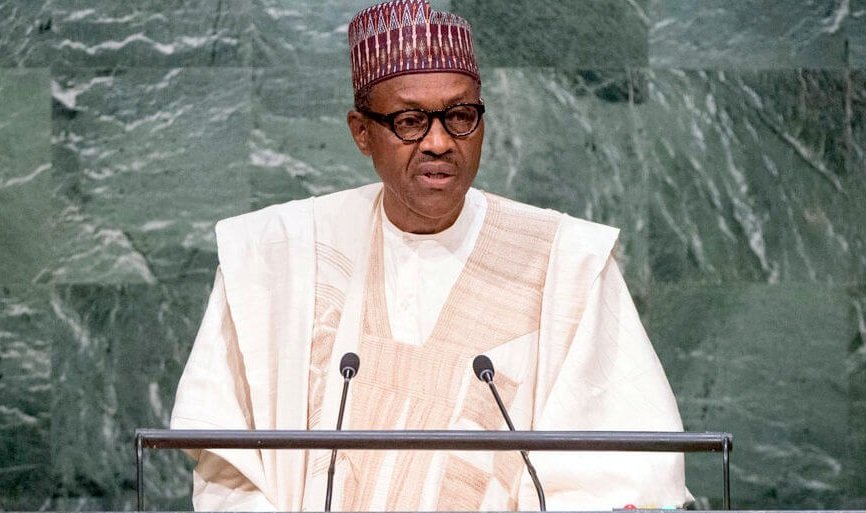 President Muhammadu Buhari on Thursday said that Nigeria lost an estimated US$157.5 billion to illicit financial flows between 2003 and 2012.

Quoting from the 2014 Global Financial Integrity Report in his address to the High-Level National Side-Event organised by the African Union Development Agency and New Partnership for Africa’s Development (AUDA-NEPAD) and the Economic and Financial Crimes Commission (EFCC) on Wednesday in New York, on the margins of the 74th United Nations General Assembly, UNGA, under the theme, “Promotion of International Cooperation to Combat Illicit Financial Flows and Strengthen Good Practices on Assets Recovery and Return to Foster Sustainable Development,” the Nigerian leader noted that such massive loss of assets, resulted in dearth of resources “to fund public services or to alleviate poverty,” in the country.

In a statement signed by his Special Adviser on Media and Publicity, Chief Femi Adesina, the President said, “This is why, as Africans, we have no choice but to break the back of corruption.”

Acknowledging lack of sufficient capital and corruption as impediments to socio-economic development of the continent, President Buhari emphatically restated his administration’s anti-corruption campaign:

According to him, “That is why our government has made it a war we intend to win.  We will give all it takes to ensure there is no hiding place for purveyors of corrupt practices who are truly enemies of the people.”

READ: UNICEF renews commitment to support Nigeria in education, others

Stressing the need to strengthen good practices on asset recovery and return, he noted that, “In the last five years, our government has made significant progress to curb corruption,” adding: “We have recovered millions of dollars stolen from our country.”

He, however, said, “there are still a lot of other funds that are stuck in foreign bank accounts due to international laws, different jurisdictions and justice systems that make it difficult for repatriation.”

Citing tax avoidance as another form of illicit financial flow, he quoted the Tax Justice Network and the International Monetary Fund to have estimated over US$200 billion per year as “being lost by developing countries when multinational enterprises do not pay taxes in the countries where they made the profit.”

“This amount is significantly higher than the annual development aid received by these countries which are estimated to be about US$143 billion,” he added.

Commending the organisers of the meeting designed to finding  “pragmatic ways to promote international cooperation to combat illicit financial flows and strengthen good practices on asset recovery and return, as an arm of sustainable development policies in Africa,” President Buhari lauded their “shared commitment to root out corruption from our continent.”

He said, “I am motivated by the belief that, if we join hands, we can bequeath to our children an Africa that is not defined by corruption.”

“This is one reason why the Nigerian Government supports this initiative of AUDA/NEPAD and remains committed until we ensure that there are no safe-havens for stolen assets from Africa.”

On his expectations of the outcome of the meeting, Buhari said, “I have high expectations for this meeting.  At the end of the deliberations, I expect other African leaders, to see the pragmatic ideas on how to strengthen our anti-corruption institutions to reduce or effectively eliminate Illicit Financial Flows.

“We need ideas on how to return the stolen assets to their countries of origin.  We also need strategies on how to plug the loopholes that enable companies to avoid paying commensurate taxes in their countries of operations.  You should deliberate on practical ideas to enhance global acceptable assets tracing and freezing, and boost the recovery governance framework.”

Wishing the meeting also attended by the Presidents of Zambia and Ethiopia successful discussions, President Buhari said he looked forward to reading its resolutions and recommendations. Nigeria News