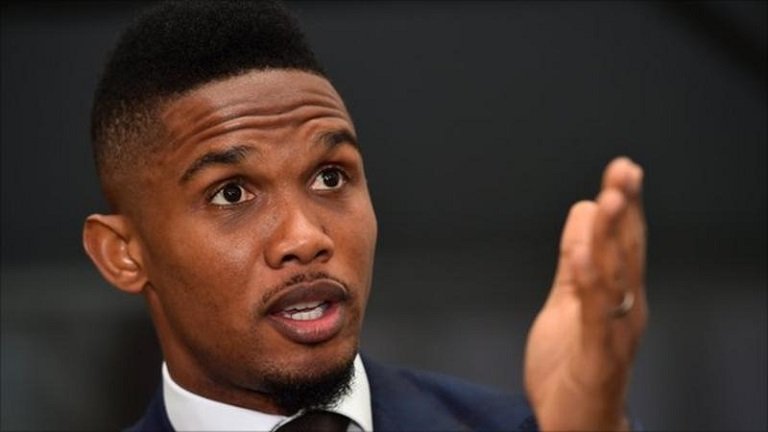 Ex-Barcelona and Chelsea striker Samuel Eto’o has announced his retirement from football at the age of 38.

The News Agency of Nigeria (NAN) reports that after a trophy-laden 22-year playing career, Eto’o has decided to hang up his boots.

Widely regarded as one of Africa’s greatest-ever players, Eto’o will be most fondly remembered for his time at Barcelona, where he won four La Liga titles and two Champions League trophies.

After five years at Barca, he joined Inter Milan in 2009. While at Inter Milan, Eto’o won the treble under the guidance of Jose Mourinho that included a third European Cup win.

Short spells in the Premier League soon followed, with Chelsea and Everton among the 13 professional teams Eto’o represented during his memorable playing career.

On the international scene, he was the youngest player at the 1998 World Cup after making Cameroon squad at the age of 17.

Eto’o claimed gold at the 2000 Olympics as well as two Africa Cup of Nations titles in 2000 and 2002 with four African Player of the Year crowns – a record he shares with Ivory Coast’s Yaya Toure.

Eto’o also represented Cameroon at four World Cups, ending up with 56 goals in 118 appearances for his country.

In a short Instagram message on Friday night though, he announced that he would be hanging up his boots.

He wrote: “The End. Towards a new challenge. Thank you all, big love.”

Having spent his youth career at Kadji Sports Academy, Eto’o joined Real Madrid where he was loaned to Leganes, Espanyol, and Mallorca.

From then his career really took off and started to blossom.

His best return came at Barcelona, where he scored 130 goals in 199 appearances in all competitions.

Related Topics:AfricaFootballSamuel Eto'o
Up Next