Vice President Osinbajo and the Agboranduns by Simbo Olorunfemi
Advertisement 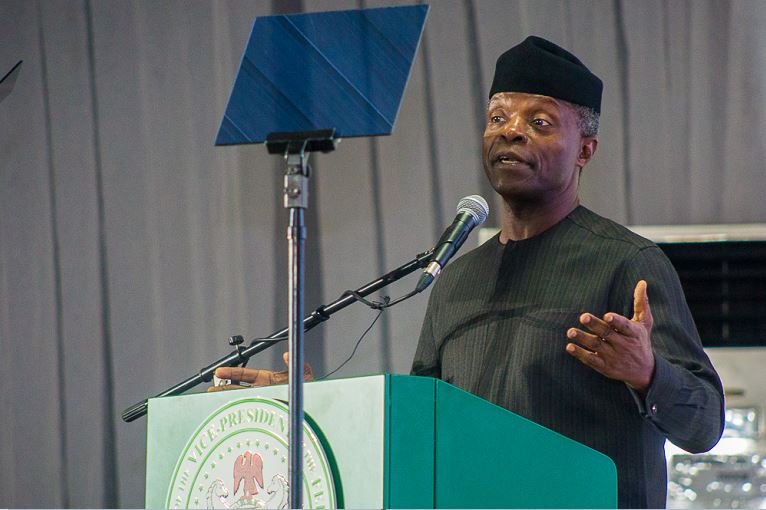 Truth be told, much of what is out there, pretending to be concern or outrage at the assumed marginalisation of the Vice President come from a place of ignorance and procedural illiteracy, sophisticated as the arguments might be.

No surprise that the flood of tears has been more evident in the same quarters that have never seen anything good in him, his Principal, their politics and policy. Yet, they take on the role of the Attorney, in a most absurd pretence at love for Òsó even more than Ìyá Òsó. It is mischief of the worst order.

It is not strange that for many so used to either the jackbootism of the first man and the chaotic all-over-the-place style of the last man, in both instances, politics propelling policy, a bit of order where politicians take a bit of backseat in the interface with the policy process at the highest level or where Officials have to abide by process than whimsicality in the conduct of government business, is considered abnormal with some running riot on the wings of imagination.

There are always multiple centres of influence in the theatre of governance. That the Chief of Staff office which serves as clearing house for the President, effectively in charge of what goes in and out of the President’s office, would be one should not be something difficult to understand. Of course, that makes the COS an influential figure, possibly a mythical one, as his office doesn’t allow for public engagement or even the kind of visibility I sometime see.

READ: NNPC to begin full rehabilitation of refineries in 2020 – Kyari

The qualities a Chief of Staff needs for that office are not necessarily those that promote the popularity of the holder of that office. Not many occupants of the office have been popular during their terms. Not sure Lai Mohammed, who I think was Nigeria’s Chief of Staff was nor do I think Babatunde Fashola was. If you desire to understand how the COS functions, you only need to look at the US and examine the role of General Kelly for instance.

Back to the Vice President, the relationship between him and the President is obviously one of mutual trust, respect and deep sense of loyalty, confounding and confusing rabblerousers and mischief makers who cannot and will be unable to understand that a mutual subscription to ideals beyond the unending plotting and politicking that have become the full occupation of some, can so motivate people to die to selves in dedication to the duty at hand.

This Vice President has had a great time serving in that position and it is evident that he enjoys the confidence and loyalty of the President. He has been active and productive. He has been an asset to the team, a round peg who has carved a niche for himself and redefined the office and the responsibilities that come with it in line with his strengths. He has been Professorial when needed. He has effortlessly connected with the bottom to the chagrin of naysayers. He is comfortable with himself, he is not trying to be someone else. He is not jostling for attention or position, which must be difficult for those who make that a pastime.

The petty thoughts that seem to engage many as they oil wild conspiracy tales around the routine and most innocuous might titilate some but for the discerning, easy to see the crocodile tears of Agbotikuyos and the pretend sympathy of the Agboranduns. Both should save their energy for their own battles. Many of their assumptions and allusions are founded around procedural illiteracy and imaginations without wings.