Implementation of cashless policy is in public interest — Emefiele
Advertisement 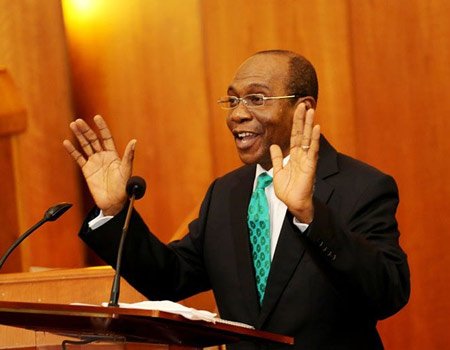 Mr Godwin Emefiele the Governor of Central Bank of Nigeria (CBN) says the implementation of cashless policy in six states of the federation is in public interest to promote an efficient payment system.

Emefiele stated this while fielding questions from journalists after the Monetary Policy Committee meeting held in Abuja on Monday.

The News Agency of Nigeria (NAN) reports that CBN on Tuesday issued a circular to deposit banks to commence the implementation of the cashless policy in six pilot states across the country.

The apex bank directed that implementation should commence from Sept 18 in Lagos, Ogun, Kano, Abia, Anambra, and Rivers States, as well as the Federal Capital Territory (FCT).

It, however, stated that the nationwide implementation of the cashless policy would take effect from March 31, 2020.

Reacting, Emefiele said the policy was not new as it was inaugurated in the country in 2012 and implementation began in 2014 while several engagements were held across multiple stakeholders before its commencement.

He said withdrawal charges had been in place since then, only deposit charges were new now to some people thought it was part of it from beginning but later withdrawn.

“The policy says if you deposit money in the bank above a particular threshold which for an individual is N500,000 and N3 million for corporate bodies, then you will be charged, same for withdrawal.

“It has been like this but after stakeholders engagement, we agreed that it was too early to begin to charge people who want to deposit money in banks.

“We agreed at that time that they were a lot of cash outside the bank industry and there is no need to penalise the people who want to bring in their money to the banks and then we relaxed the essence of charging on deposit.

“We expected that after five years, that is from 2015 to 2019, all cash kept in peoples’ houses should have been brought to the banks,” he explained.

He announced that full cashless policy would commence all over the country by March, 2020.

He stated that the policy was not designed to de franchise hard working Nigerians as perceived by some categories of people.

According to him, a data conducted, revealed that close to 95 per cent of cash deposited and withdrawn fall below this threshold.

He added that Micro, Small and Medium Enterprises now had various options and channels available to them to collect a legitimate payment for good and services, like POS, banks transfer using ATM, USD code among others.

He said that the cashless policy increases transparency in financial dealings and reduce crimes such as ransom payment and extortion among others.

The governor said the bank had the mandate under the CBN Act 2007 as amended to promote a sound and stable financial system through a credible efficient payment system. Nigerian News