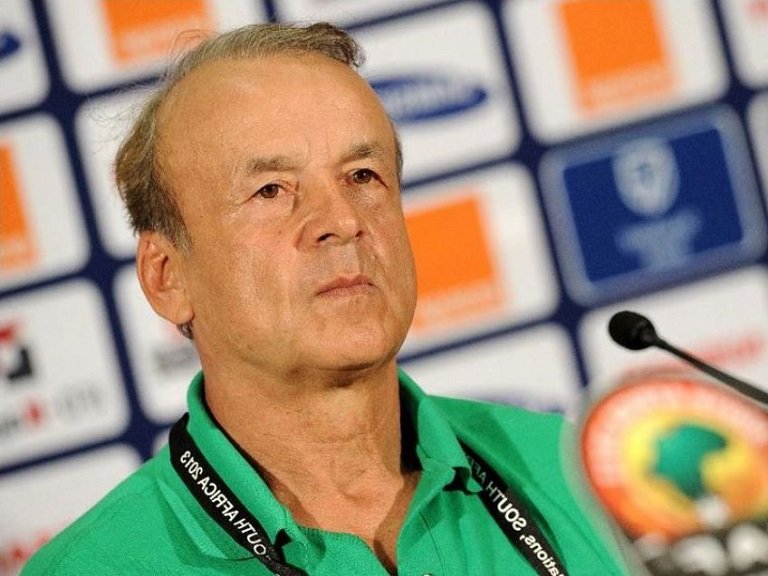 A youthful Super Eagles team came close to bringing down Ukraine at the Dnipro Arena on Tuesday before suffering loss of concentration that saw them draw 2-2 conceding two goals in 45 seconds.

Debutant Joseph Ayodele-Aribo put the seal on a frenetic beginning at the 31,000 –capacity venue when he cleverly connected home a cross by Alex Iwobi after great work by Samuel Kalu had left the Ukrainian defence in tatters.

In the event, the Glasgow Rangers FC of Scotland forward became the 60th player to score right on international debut for Nigeria.

In the 12th minute, goalkeeper Francis Uzoho read the Ukrainian foremen well enough to intercept what would have been a dangerous situation.

Halfway into the half, Nigeria could have made it two as Iwobi’s chip found Ayodele-Aribo, who connected with a diving header that took all of Lunin’s awareness to push over the bar.

From the corner, Osimhen headed powerfully towards goal but Lunin again thwarted.

The Eagles were two goals up, just 11 minutes later as Osimhen lashed into the far corner from the penalty spot after Samuel Kalu was upended in the box.

In the 42nd minute, Uzoho made a terrific double save from Oleksandr Zinchenko, and three minutes later Iwobi could not really find Osimhen to make it three as Nigeria swept forward once more.

In the second half, Iwobi wasted a glorious chance in the 48th minute as he dragged his shot too wide of Lunin’s post when clear on goal, and four minutes later, Nigeria almost Got a second penalty as Kalu was brought down in the box.

Semi Ajayi made a decisive touch to deny Victor Kovalenko and Roman Yaremchuk in the 57th minute, just after Chukwueze sold his pass too long to Osimhen who lurked in the other end’s vital area.

Two minutes later, a brilliant solo run by Chukwueze ended with him once more placing the ball too wide of goal, with Lunin flat-footed.

Andriy Yarmolenko, Yaremchuk, Zinchenko, Viktor Tsygankov and Mykola Matvyenko all made efforts to break down the Nigerian defence with no luck.

Just after the hour, Uzoho showed why he should have been the one in goal for Nigeria at the Cup of Nations in Egypt, when he punched away a 20 –yard free kick that was all too similar to the one Riyad Mahrez buried for Algeria in the AFCON semi final.

However, the home team got lucky in the 78th minute, as the dangerous Zinchenko got behind the defence and shot past Uzoho.

Right from the kick-off after the goal, loss of concentration handed the advantage to the home team.

Yaremchuk got the ball past Uzoho, although he appeared to have scored with the hand and the effort should have been ruled off.

On the dot of 90 minutes, Uzoho punched away another fierce, 20-yard free kick.