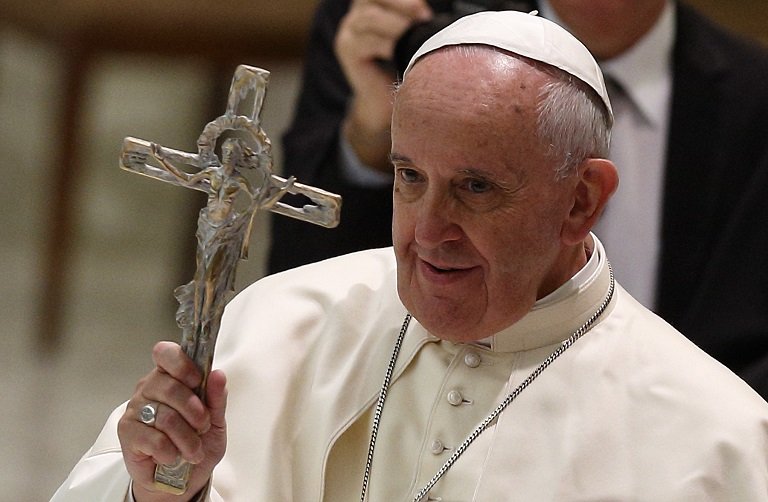 A bishop has been ordained with the blessing of both the Pope and the Chinese state for the first time under a new deal.

Religious organisations in China must be approved by the state, leading to a decades-long row with the Vatican.

But a deal was agreed last September, giving the Vatican a say in the bishops appointed by the state church.

Yao Shun received the papal mandate for his ordination as bishop in China’s Inner Mongolia region.

The country is home to about 12 million Catholics – split between the Chinese Patriotic Catholic Association and an underground church loyal to the Vatican.

For decades, members of the underground church have only recognised the authority of the pope, while members of the state church have refused it. The relationship between the Holy See and Beijing has been strained by the disagreement since the 1950s.

In practice, the Vatican has recognised many Chinese bishops over the years on an individual, informal basis, including several last year as part of the deal.

The Vatican confirmed the new bishop’s ordination – referring to him as Antonio Yao Shun – as “the first to take place in the framework of the Provisional Agreement between the Holy See and the People’s Republic of China”.

But the deal between the two remains controversial among some Catholics.

Cardinal Joseph Zen from Hong Kong – where Chinese rules on state churches do not apply – accused the Vatican of “selling out” when details of the deal became clear in January 2018.

He said that the decision to reconcile with Beijing meant that retiring bishops of the underground church, faithful to Rome, would now be replaced by state-approved appointees.

Catholic news outlet Crux, meanwhile, reported that Bishop Shun had been chosen by the Vatican some time ago, before the agreement came into effect – and so his ordination is not a true test of the new mechanism.

But Bishop Shun’s ordination may be a notable moment in the reconciliation between the two countries.

In the past, Chinese state bishops were excommunicated from the Catholic Church for their role in ordaining new bishops outside of the papal mandate.

Vatican News, a media outlet owned by the Holy See, reports that “at present, all the Catholic bishops in China are in full communion with the Pope”.

The relationship between China and the Vatican is further complicated by the Vatican’s diplomatic relations with Taiwan, which China considers to be a breakaway province destined for reunification at some future date.