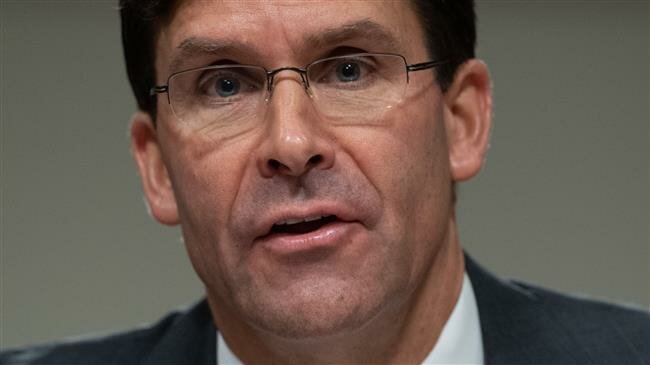 Newly appointed U.S. Defence Secretary Mark Esper has pressured Japan to participate in a U.S.-led maritime security mission in the Strait of Hormuz.

“Any and every country that has an interest in freedom of navigation and freedom of commerce needs to really consider (being) involved in this type of monitoring of the strait,” Esper, who took office in July, told reporters on Tuesday en route to Tokyo, the Kyodo News agency reported.

After talks with Esper, his Japanese counterpart Takeshi Iwaya told reporters he would consider Japan’s role in the strait.

Prime Minister Shinzo Abe said on Tuesday he will decide what role Japan can play based on a range of considerations including relations with both the U.S. and Iran.

In late July, the administration of U.S. President Donald Trump also asked Germany to help safeguard shipping in the strait, a strategically important sea lane in the Gulf that has been at the centre of tensions with Iran.

However, German Foreign Minister Heiko Maas declined, while Britain’s Defence Ministry said his country is to join the mission.

Earlier in the day, Esper harshly criticized China in an escalating trade war between the world’s two biggest economies, saying its military and economic strategy go against the international rules-based order.

“China continues to destabilize the region. Their military aggression and calculated strategy of predatory economics violates the international rules-based order that we are trying to uphold,” Esper said during his talks with Abe.

Esper is visiting Japan on his first trip abroad.

His comments came a day after U.S. Treasury Secretary Steven Mnuchin designated China as a currency manipulator following a devaluation of China’s currency in another move further escalating the trade war.

The Pentagon chief added that the Trump administration remains committed to the “complete, irreversible and verifiable denuclearization of North Korea.”

Esper was also expected to call for Tokyo to maintain an intelligence-sharing pact with South Korea despite worsening relations between the neighbouring countries over trade and wartime forced labour issues. (DPA)