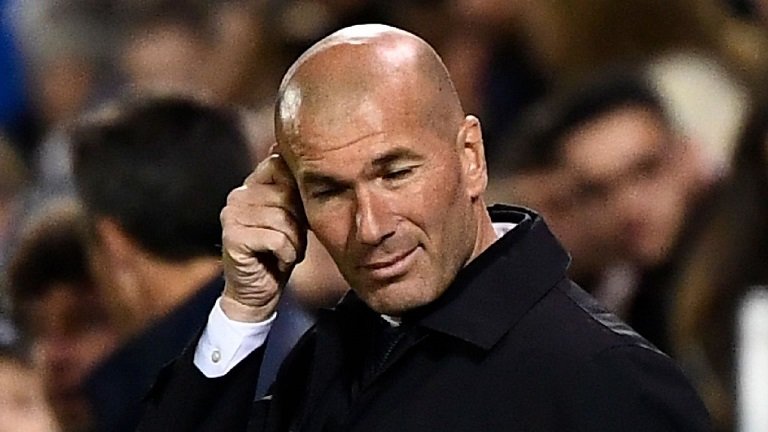 Zinedine Zidane has been branded “a disgrace” by Gareth Bale’s agent after the Real Madrid boss’ comments about the winger’s impending exit from the club.

Bale has been touted for a departure from the Santiago Bernabeu and Zidane confirmed that the winger is “very close to leaving” the club after leaving him out of the team for the International Champions Cup clash with Bayern Munich on Saturday.

“Bale did not play because he is very close to leaving,” Zidane said.

“We hope he leaves soon, it would be best for everyone. We are working on his transfer to a new team.”

Jonathan Barnett, who represents the Wales international, has reacted strongly to the Madrid coach’s frank assessment of the situation.

“Zidane is a disgrace to speak like that about someone who has done so much for Real,” Barnett told ESPN FC.

“If and when Gareth goes it will be because it is in the best interest of Gareth and nothing to do with Zidane pushing.”

Zidane’s apparent desire to move Bale out of the club, the Welshman’s contributions to Madrid’s unprecedented period of European success, has been widely reported.

He scored decisive goals in two Champions League finals as Madrid won four out of five tournaments between 2014 and 2018, as well as a stunning winner in the 2014 Copa del Rey final – the last time Madrid won that competition.

The forward’s bicycle kick from Marcelo’s cross instantly became one of the tournament’s iconic goals, with many likening it Zidane’s own volleyed effort against Bayer Leverkusen in the 2002 final.

The desire to move him on will stem at least in part from his hefty wage packet, especially following Madrid’s busy transfer window so far.

Eden Hazard, Luka Jovic, Ferland Mendy and Rodrygo Goes have all joined the club, and there may be more to follow with speculation still surrounding the likes of Paul Pogba and Christian Eriksen.