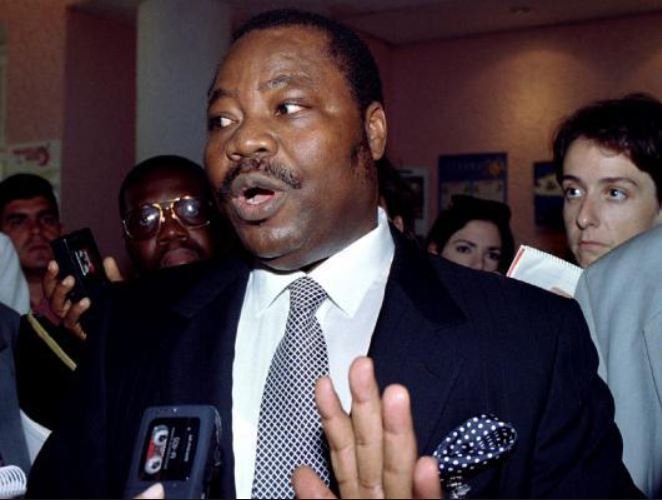 Italian prosecutors are widening an investigation into suspected obstruction of justice by officials of oil group Eni, sources said, threatening to open a new legal front for the company as it defends itself in a major corruption trial.

The inquiry is preliminary and has been overshadowed by the ongoing trial, which centers on the 2011 purchase of a Nigerian oilfield by Eni and oil major Shell, but it is gathering momentum, said three sources familiar with the probe.

Milan prosecutors have been questioning a growing number of people, and Eni itself is under investigation, over suspicions that a few company officials tried to discredit two key prosecution witnesses in the corruption case, the sources said.

Eni has said in public statements that it knew of no attempt to obstruct justice and would consider itself a victim if any crime of obstruction were shown to have been committed.

“Eni declares itself an offended party from any point of view linked to alleged activities aimed at diverting any investigations carried on by any Italian prosecuting authority,” the company said further in a statement to Reuters.

Prosecutors have not laid any charges against Eni officials or the group itself and their investigation may not lead to charges.

The 18-month-old probe is adding to the legal workload of top management, which has begun an internal investigation into possible obstruction, a source with knowledge of the matter said.

In the corruption case, Eni and Shell are accused of buying Nigeria´s OPL 245 offshore oilfield in the knowledge that the vast majority of the $1.3 billion purchase price would be siphoned off to agents and middlemen in corrupt payments.

READ: EXCLUSIVE: The inside story that led Buhari to suspend Ruga

Eni and Shell have denied any wrongdoing in that case, one of the industry’s biggest corruption scandals. They are being tried in Milan along with some of their managers, including Eni Chief Executive Claudio Descalzi, who have also denied wrongdoing.

In the obstruction investigation, prosecutors are looking into whether in 2015 and 2016 Eni’s then head of legal affairs, Massimo Mantovani, and other yet-to-be-identified Eni officials sought to discredit two independent board members who later became witnesses in the Nigeria case, the three sources said.

One of the two directors, Luigi Zingales, who has since left the board, told Reuters that at the time of the possible obstruction he and fellow independent director Karina Litvack were critical of the group’s handling of the Nigeria case, including its oversight of a broker firm used in the deal.

Eni lawyers denied in trial hearings that the company’s anti-corruption controls were inadequate and in a statement to Reuters, the company said its governance and controls were effective, now and at the time of the oilfield purchase.

“Overall, Eni does not consider the statements by its former director Prof. Zingales a reasonable proxy to assess the governance and contractual functioning of ENI on OPL 245.”

Prosecutors are reviewing whether Mantovani, who now works for a European subsidiary of Eni, directed a conspiracy to file false criminal complaints against the two directors, alleging they had criminally defamed CEO Descalzi, the three sources added.

Mantovani, whose Rome and Milan offices were searched by prosecutors in February 2018, has denied any wrongdoing. His lawyer declined a request for comment.

The Nigeria case was still in an investigative stage when the complaints were made against Zingales and Litvack, alleging they had defamed Descalzi by implicating him in corruption over the Nigeria purchase, the sources added.

The anonymous complaints were investigated and dismissed by a Milan judge in September 2017.

Court records in the Nigeria graft trial show that the two directors never testified that Descalzi had known or was involved in corruption, only stating that Eni had lacked proper anti-corruption controls.

‘WRONG END OF THE STICK’

Milan prosecutors are investigating whether a former legal adviser to Eni, Piero Amara, also took part in the suspected plot to discredit the two directors by passing the false complaints to prosecutors’ offices in southern Italy, sources said.

Amara’s Rome house and offices have been searched as part of the investigation, most recently in May, they added.

The prosecutors are looking into whether Amara was paid for his part in the alleged obstruction of justice, via a commercial transaction involving an Eni trading subsidiary and another oil-trading company that they believe belonged to him, Napag.

In May 2018, the Eni subsidiary, Eni Trading and Shipping (ETS) — at the time chaired by Mantovani — paid 25 million euros for a polyethylene purchase from Napag, sources said.

Amara’s lawyer, Salvino Mondello, told Reuters that Milan prosecutors “got the wrong end of the stick,” saying his client had no involvement in Napag and was only a customer who had friendly relationships with the company.

“The prosecutors’ idea that Amara is protecting Eni’s management is proven wrong by the facts,” Mondello said.

EXCLUSIVE: The inside story that led Buhari to suspend Ruga