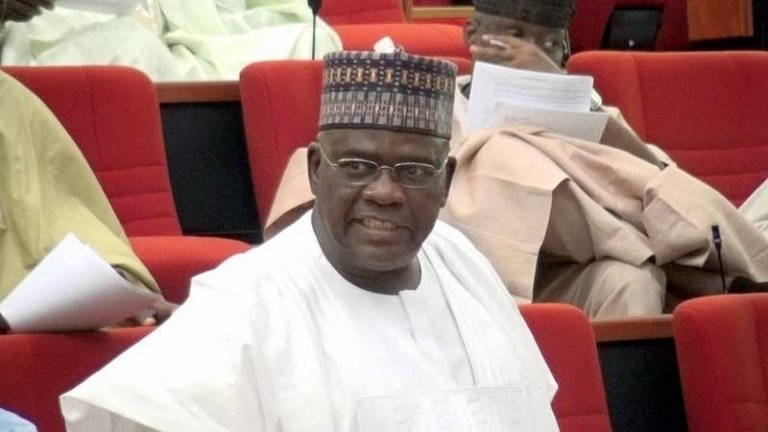 Senator Danjuma Goje representing Gombe Central in the 9th National Assembly has withdrawn his candidature for the Senate presidency and has backed favourite Senator Ahmad Lawan.

Goje who is member of the ruling All Progressives Congress made the declaration on Thursday after a closed door meeting with President Muhammadu Buhari at the Presidential Villa.

He said he will not contest the election for Senate Presidency billed to hold on June 11, a day for Nigeria’s Democracy Day.

Also present at the meeting was Governor Nasir El-Rufai of Kaduna state and Senator Lawan.

The Senior Special Assistant to the President on National Assembly Matters, Sen. Ita Enang, was present as Goje and Lawan fielded questions from State House correspondents.

El-Rufai told reporters that Senator Goje agreed to also support the candidacy of Senator Lawan for the senate presidency.