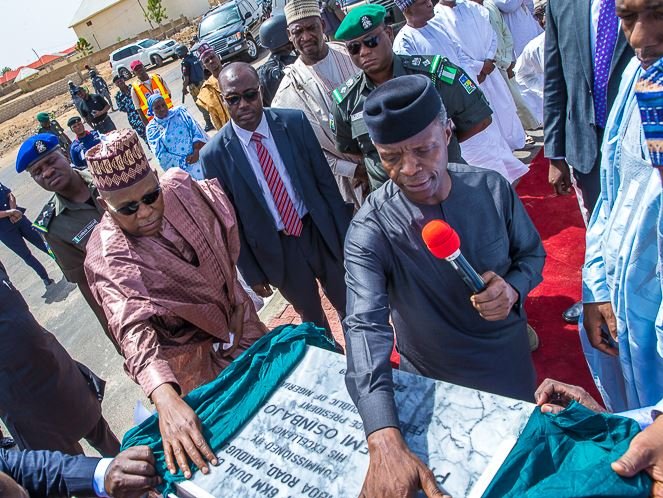 Prof. Osinbajo who was representing President Muhammadu Buhari said he was impressed with the project, adding that it was an “ incredible edifice.”

He commissioned a total of 11 projects during his one day visit to the state.

“It is a very special pleasure indeed to be here to officially commission the International Conference Centre, Gombe.

“I am personally impressed with the fact that there was a lot of local content contributions to the design.

“A lot of the design work was done by Gombe State architects and engineers, although the contract was delivered by a foreign company,” he said.

Earlier, Dr Henry Likita, the state’s Commissioner for Housing and Transport, while emphasising that government was not owing any contractor for the projects,  said construction of the International Conference Centre, started in 2012.

Likita thanked Mr President for coming to inaugurate the project for the benefit of the State and Nigeria at large.