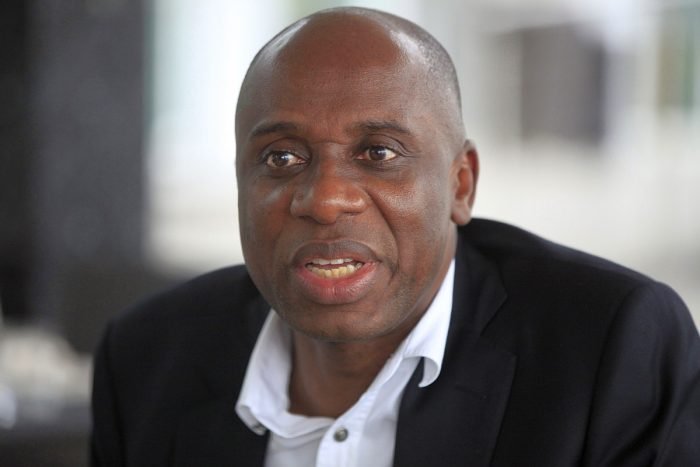 The Minister of Transportation, Mr Rotimi Amaechi said on Monday that the Nigerian government did not mortgage any property to secure infrastructural loans from China.

According to Amaechi, Nigeria did not offer China any such comfort because the country has the ability to repay the loan.

There were reports that countries such as Sri Lanka, Somalia, Kenya, Sudan, among others are facing pressure of forfeiting their infrastructure to China over unpaid debts.

“I don’t know the arrangement these countries made with China-Exim bank, I do not think we will have any problems with repaying our loans. The countries that they are talking about are Kenya, Somalia and Sudan.

“These are some of the countries that have not been able to repay their loans I think. So what China is doing is that, it is taking over to manage and get its money, but it’s not so in Nigeria.

Amaechi said debt default by some countries is affecting Nigeria’s plan to borrow more from China.

“We are talking with them, to say that by June, we should be able to say this is our repayment plan. It also depends on what agreement plan you have with them. Our agreement does not include the fact that they will come and take over our seaports or railways or airports.

“We believe that we can pay back using our own money. That shouldn’t be any problem. Our focus should be to run this infrastructure efficiently so we can pay back and there is no plan for them to manage any of it.” he stated.

According to him, China is the only country that can give out loan for infrastructure. He claimed developed countries also borrow from China.

“If you don’t go to China, who will give you money? America is going to China even Russia. What is wrong if Nigeria goes to China?
I think we should not be afraid of China.

“Nobody runs railway with passenger fares. You can never get one naira out of it. Nigerians think railway is just to carry passengers but the problem is that the goods that should be on the rail are the ones on the road and they are destroying the roads.

“Once we conclude the rail projects and those goods are transferred to the rail, that is when we will start making money to pay our debts.

“Currently our trains are carrying passengers. People are celebrating Lagos-Ibadan because they are looking at it that “oh, I’ll just jump into the train and one hour after, I’m already in Ibadan”.

“That’s not the overall aim. The reason the federal government said we must get to the seaport is to decongest the Apapa seaport.

That’s where the money lies,” he noted.

16,000 persons displaced by bandits in Zamfara