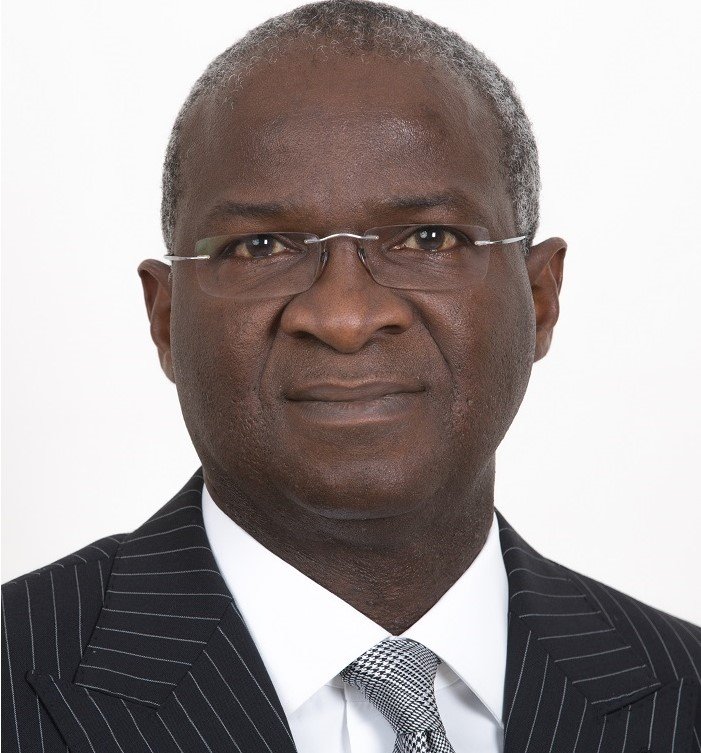 The Minister of Power, Works and Housing, Mr Babatunde Fashola SAN has forwarded to Socio-Economic Rights and Accountability Project (SERAP) documents from some of the Ministry’s agencies providing some level of details regarding the names of contractors that allegedly collected money for electricity projects but failed to execute any projects, and inviting SERAP to “inspect a compendium of verified and paid/outstanding liabilities of contractors, kept at the offices of the Nigeria Electricity Liability Management Limited/GTE.”

This development was disclosed today in a statement by SERAP deputy director Kolawole Oluwadare.

The letter reveals that: “Pow Technologies Limited, an Abuja based company, was in 2014 awarded a contract for the supply and installation of test and maintenance equipment relays, etc to various NAPTIN regional training centers (RTCs) (LOT15), with the total contract sum of N87,763,302.40, out of which N79,404,892.66 was paid to Pow Technologies Limited.”

According to the Ministry’s letter, although the contract was awarded in 2014, only 13 of the 19 items have so far been supplied, with 6 items outstanding.

The details of the 6 items that Pow Technologies Limited has allegedly failed to supply were not provided by the Ministry but the letter indicated some of the action the Ministry said it has taken to ensure: “completion of the project, address criminal breach of contract and take remedial action.”

The Ministry said that while the contractors undertook to take remedial action, they have failed to complete the project for which funds have been released.  The Ministry pointed out that it submitted a petition to the Commissioner of Police, Abuja on 13th January 2016, and that the police instituted a case for the prosecution of Messrs Pow at the Upper Area Court.

The Ministry also said it has sought and received legal advice to pursue a civil action at the FCT High Court while a report of criminal breach of contract has been made to the Economic and Financial Crimes Commission (EFCC).

SERAP said: “We welcome Mr Fashola’s latest response and the information regarding Pow Technologies Limited. But we need details of names of other contractors that have collected public funds yet failed to execute power projects. We will continue to push the Ministry and its agencies to reveal more details of alleged corrupt contractors and companies, as contained in our FOI request. We will continue to pursue our FOI suit at the Federal High Court, Lagos, before Justice Chuka Austine Obiozor, a Professor of Law, who has granted an order for leave in the case.”

Mr Fashola’s latest letter to SERAP reads in part: “I write with respect to the Ministry’s letter regarding details of alleged corrupt contractors and to forward the attached responses from some of the Ministry’s Agencies namely: National Bulk Electricity Trading Plc; National Power Training Institute of Nigeria and Nigeria Electricity Liability Management Limited/GTE for your information.”

It would be recalled that Mr Fashola had earlier said in response to SERAP’s FOI request that: “the Ministry has searched for the requested information on details of alleged contractors and companies that collected money for electricity projects and failed to executive any projects, but we could not find it from our records.”

However, SERAP disagreed with the response, saying: “The public expectation is that government information, when in the hands of any public institutions and agencies, should be available to the public, as prescribed by the FOI Act. The FOI Act should always be used as an authority for disclosing information rather than withholding it.”

Mr Fashola in a follow-up letter dated 4th March, 2019, to SERAP’s reaction promised to: “refer the request for details of alleged contractors and companies that collected money for electricity projects and failed to executive any projects to the Ministry’s agencies for necessary action and appropriate response. There may be instances of part-payment against certification of commensurate value for materials and services in achieved contract milestone even though the entire contract is not 100% performed.”

Mr Fashola’s initial response followed SERAP’s FOI request and suit number FHC/L/CS/105/19 filed in February at the Federal High Court, Lagos. The suit is seeking “an order of mandamus directing and/or compelling Mr Fashola to provide specific details on the names and whereabouts of the contractors who collected public funds meant for electricity projects but disappeared with the money without executing any projects.”