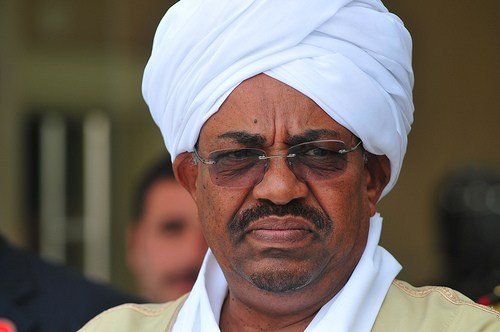 Sudan’s former President Omar al-Bashir has been moved to Kobar maximum security prison, days after he was deposed in a military coup.

Reports say the ex-leader has until now been detained at the presidential residence under heavy guard.

He is reportedly being held in solitary confinement and is surrounded by tight security.

Months of protests in Sudan led to the ousting and arrest of the long-time ruler on Thursday.

READ ALSO: Court Throws Out Suit On Sale Of 9mobile

As an ICC member, Uganda would have to hand over Mr Bashir if he arrived in the country. The ICC has not yet commented.

Until now, Mr Bashir’s whereabouts since his removal were unknown. The coup leader at the time, Awad Ibn Auf, said Mr Bashir was being detained in a “safe place”. He himself stood down soon afterwards.

Lt Gen Abdel Fattah Abdelrahman Burhan was then named as head of the transitional military council, to become Sudan’s third leader in as many days.

Demonstrators have vowed to stay on the streets until there is an immediate move to civilian rule.

Who is Omar al-Bashir?

He is accused of organising war crimes and crimes against humanity in Sudan’s western Darfur region, for which the ICC issued an arrest warrant.

After months of protests – starting in response to a rise in living costs and morphing into calls for the government to resign – Sudan’s military toppled Mr Bashir in a coup on Thursday.

The transitional military council was set up in the wake of his removal and has said it will stay in place for a maximum of two years until a civilian government can be put in place.

Court throws out suit on sale of 9mobile