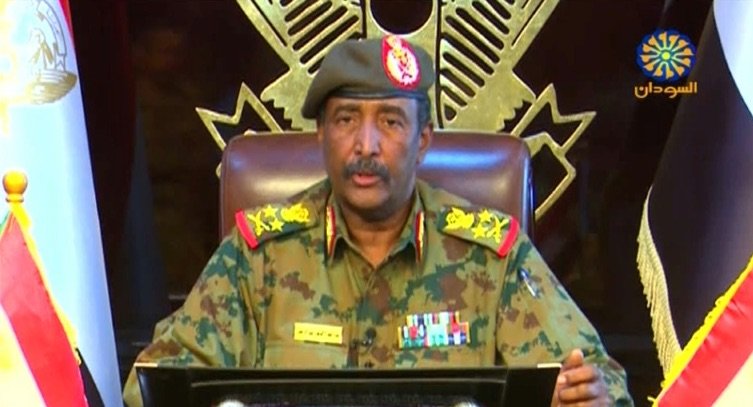 The leader of Sudan’s interim military council has vowed to “uproot the regime” two days after a military coup.

Speaking on TV, Lt-Gen Abdel Fattah Abdelrahman Burhan announced the restructuring of state institutions, the end of a night curfew and the release of political prisoners.

Protests continue despite the ousting of long-time leader Omar al-Bashir.

Demonstrators have demanded an immediate move to civilian rule and vow to stay in the streets.

Gen Burhan, who replaced the coup leader after he resigned on Friday, also dissolved all provincial governments and pledged respect for human rights.

The army would maintain “peace, order and security” across Sudan during an already announced transition period that would last at most two years until elections could be and civilian rule introduced, he added.

Using a more conciliatory tone, Gen Burhan also called on the opposition to “help us restore normal life”, promised to try those who killed demonstrators and vowed a war on corruption.

The speech followed the resignation of feared security chief Gen Salah Gosh hours after the coup leader himself, Defence Minister Awad Ibn Auf, stepped aside. No official reason has been given for either departure.

Later on Saturday the army named Lt Gen Mohamed Hamdan Dagalo as the deputy head of the Transitional Military Council.

Known by the nickname “Hemeti”, the general commands the paramilitary Rapid Support Force (RSF), which grew out of the government-backed Janjaweed militia.

The Janjaweed are accused of carrying out atrocities in the western region of Darfur in the early 2000s.