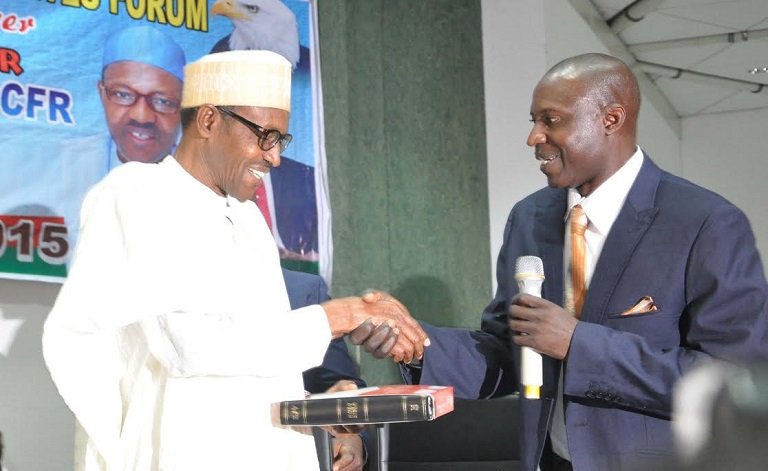 The Presidential Election Petition Tribunal has permitted the candidate of the Peoples Democratic Movement (PDM), Mr Aminchi Habu to serve his petition on President Muhammadu Buhari through his party, the All Progressives Congress (APC).

Habu is challenging the declaration of Buhari as the winner of the Feb. 23 presidential election on the grounds that the Independent National Electoral Commission (INEC) excluded the name of his party from the ballot paper.

Justice Abdul Aboki who headed the three-man panel of justices of the Court of Appeal of the Tribunal made the order allowing substituted service in a ruling on an ex parte application brought by the petitioners.

Counsel to the petitioners, Mr Aliyu Lemu said the ex parte application arose due to his inability to effect personal service of the petition and other processes on the president because of security and protocol surrounding his office.

The petition has the president, INEC and the APC as respondents.

Habu and his party want the tribunal to, among other prayers, declare the victory of Buhari and the APC at the Feb. 23 presidential election null and void.

He said this was based on the grounds that the name of his party and logo were unlawfully omitted from the ballot papers by INEC thereby denying him the opportunity of contesting in the election.

He claimed that he and his party had spent a lot of money on campaigns and they felt cheated by INEC.

He prayed the court to declare that he was validly nominated by his party but unlawfully excluded by INEC from the election into the office of president.

In his statement on oath, Habu said that he purchased the presidential form of PDM at the rate of N5 million after which he visited the 36 states of the federation to seek the support of party members.

He said after he emerged winner of the primaries, PDM forwarded his name to INEC, adding that INEC without any lawful cause, wrongfully excluded his name, his party and logo from the ballot paper.

He said they were also excluded from all other electoral materials and documents used for the Feb. 23 presidential election.

He claimed that by unlawfully and wrongfully excluding them, INEC caused immeasurable losses in resources and electoral fortunes.

Justice Aboki, in his ruling, said that the panel had carefully considered the ex parte application and had resolved that it would be in the interest of justice if the application was granted.

He consequently ordered that the petition and other processes be served on Buhari through the office of the National Legal Adviser of the APC at it’s National Headquarters, 40 Blantyre Street, Off Adetokunbo Ademola Street, Wuse II, Abuja.

NAN reports that four political parties have so far filed petitions challenging the outcome of the Feb. 23 presidential election.