Asiwaju Bola Tinubu where are thy accusers? By Demola Sanyaolu
Advertisement 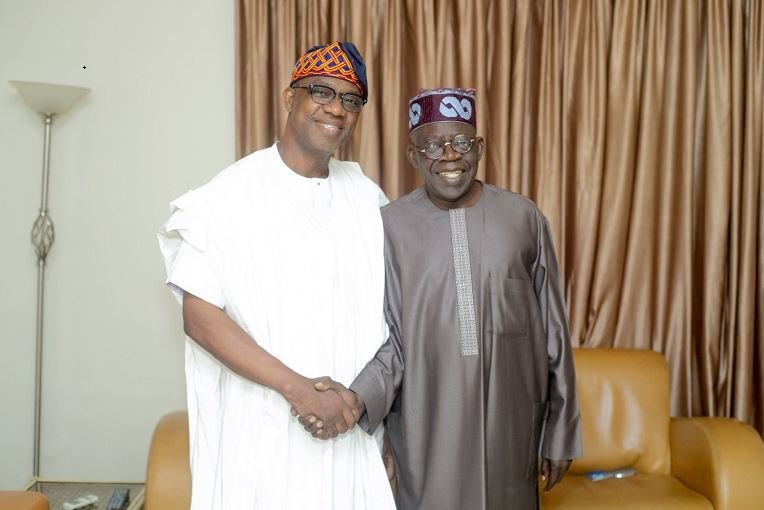 A lot of people have different perceptions about Bola Ahmed Tinubu (BAT), the national leader of the All Progressives Congress (APC). Some call him a thief, others say he is greedy and there are many more unprintable things that have been said about him.

One thing is as certain no man is flawless. That is exactly why we remain mortals but failing to illuminate the strengths of others while projecting their lapses with boisterous animosity is not good enough.

Emotional tolerance and intelligence towards others’ mannerisms and nuances makes us balanced.  He who is without sin should cast the first stone.

One very fascinating feature of BAT that makes him standout amongst other leaders is his modus operandi of replicating leaders and building a ruthless loyalty amongst his followers.

Those who attempt to betray him have always burnt their fingers.  We are very quick to point fingers but have we truly asked ourselves how many leaders today are not too greedy that they refuse to raise a crop of dependable leaders from amongst their followers?

“When a man’s ways please the LORD, he maketh even his enemies to be at peace with him” – Proverbs 16 – 7. So many allegations yet no convictions… Hmmm. Where are thy accusers?

Hate him and nail him, BAT remains a leader whose positive attributes are worth emulation.

Asiwaju Bola Ahmed Tinubu is similar to the popular bitter leaf (ewuro in Yoruba).  If you discard the bitter leaf because it is so unsavory to the taste buds, you may also be missing very vital health benefits of nature elixir to mankind.

Every man is like bitter leaf. While some understand how to harness your benefits to their advantage, others focus on your weakness and would have none of you.

Asiwaju Bola Ahmed Tinubu understands his political onions and meanders his way to the best of his ability.  He also understands the “you win some, lose some tactic”.

I am only torching on BATs areas of strength which has made him admirable amongst folks. Also note that God reigns in the affairs of man.  When HE has not blown the final whistle on you, then you continue to flourish.

I believe that there is one thing Asiwaju does in his closet to appease God and get HIS cover of mercy.  Those who don’t understand this believe that it is juju that works for him. When God loves you, it will seem you are the best specie.  May we not allow pride put us at loggerheads with the Almighty.

I have not received anything from him but stories have been told of his generosity and his humane side.

Let us learn to understand both the good and bad sides of other humans.  Let us know that every human, no matter how holy they portray themselves, also have a dark side.  Harness the juice of splendid benefit deposited in every human while discarding the chaff of their negative side.

How much time do we have on earth that we must make enemies? Politics is transient.  Ask Rochas Okorocha and Abiola Ajimobi.  But a man who replicates success in others is like a tree by the river side which brings forth its fruit in its season. Asiwaju Bola Ahmed Tinubu (BAT), where exactly are thy accusers?