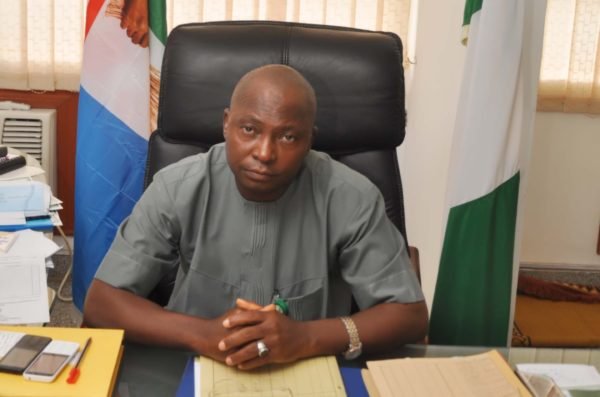 The All Progressives Congress has won two chairmanship slots in the Federal capital of Abuja, according to the results declared by the Independent National Electoral Commission.

Declaring the result on Sunday, the returning officer announced that Candido scored a total of 53538 votes to defeat the other 28 contestants.

The election which was contested in 12 wards had a total of 99443 accredited voters and a total of 2615 rejected votes.

Mr Ahmed Shittu, the INEC Returning Officer who announced the result, said Danze, the incumbent chairman, scored the highest votes of 21,960, to defeat his closest rival Abubakar Giri, of the Social Democratic Party (SDP) who scored 14,105.

The returning officer said that 10 political parties contested for the chairmanship position in the area council.

In the third council of Bwari, the election was declared inconclusive.

In an interview with journalists after the declaration of AMAC result, Candido who is the incumbent Chairman of AMAC said he was humbled and excited.

He said he was happy and set to render another tremendous service to the people of the council.

The chairman said that electoral process was transparent adding that the election was one around town.

He called on candidates who lost in the election to come on board as there was room in his administration for everyone to serve.

However, the collation agent of the Peoples Democratic Party (PDP) Dr Harvest Iyowor said that the election was marred by irregularities.

He said that there were cases of over-voting and that the result was not acceptable to his party.

He said that the that party would challenge the result in court and retrieve the the mandate from the APC.

On his part, Mr Kwanashie Yahuza, the party agent for the All Progressives Grand Alliance (APGA) said that there were too many irregularities in the election.

Yahuza, whose party candidate, Isokari Tonye scored a total of 830 votes said though his party would not challenge the result in court, the result was not acceptable by any standard.

Prof. Wesley Nafarda, the returning officer for Bwari Council Elections declared the elections in the council inconclusive due to some problems at some polling units.

Nafarda said this during the collation of results at Bwari on Sunday adding that 17 polling units including all the 12 polling units at Kawu ward were cancelled.

Other units cancelled were two units at Dakwa and Public Place, in Kubwa ward, one unit at Gidan Bawa under Dutsen Alhaji ward, one unit which is at Primary School in Igu ward while the last one is still pending.

Nafarda said the difference between the highest scorers was 5, 997, which made the election inconclusive.

NAN reports that PDP scored 22, 711 while APC scored 16, 714. The Returning officer blamed thuggery for the cancellation of the result of 12 polling units in Kawu ward.

He said thugs destroyed the result sheets during collation.

He assured that a new date will be announced for another election at the affected units.