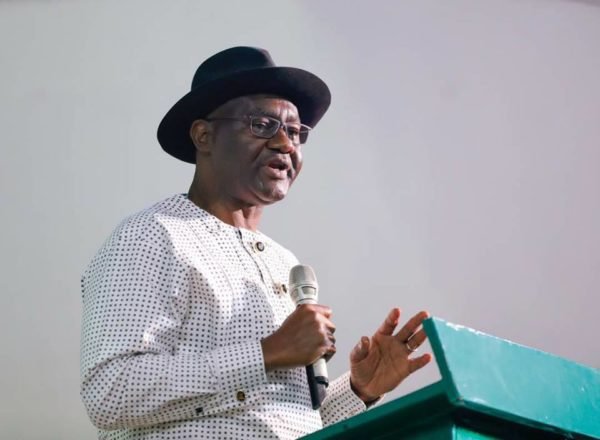 Senator Magnus Abe has said he will approach the Supreme Court for a final resolution of  the party’s legal problems in presenting governorship and state Assembly candidates for the elections.

Abe spoke while reacting to the striking out of his application by the Appeal court in Port Harcourt.

He said that he would do what he could to get judgment from the Supreme Court before the governorship and State Assembly elections on March 9.

“We have approached the Court of Appeal to help resolve the logjam  arising out of the current situation in the All Progressives Congress (APC) in Rivers. As you will recollect, there is a voided indirect primaries that was conducted here in the state,  which has been declared void up to Supreme Court.

“There was a direct primary that was conducted by the state chapter of the party which the party and the Independent National Electoral Commission (INEC) has refused to accept because of the party’s insistence on sticking by the illegal conduct of the primaries.

“So we had approached the Federal High Court for a resolution of that matter and today we were before the Appeal Court for a review of the decision of the Federal High Court and the Court of Appeal surprisingly refused to go into the merits of the case, holding that the case was covered by the decision of the Supreme Court in respect of the earlier case against the conduct of the indirect primaries.

“Unfortunately,  we are now fighting hard because time is fast running out for the legal options that are available to us. So we will do what we can to get the Supreme Court  consider the matter before the rest of the elections are held here in the state,” he said.

Abe said that the crisis in the party does not affect the presidential election.

“We just addressed some of our youths,  non-indigenes, some major stakeholders and our objective is to see that there is effective mobilisation of people to come out on Saturday to vote for the President,  despite some challenges that we have faced internally in the party.

“We are working on that and we are getting positive responses from Rivers people and we believe that they will come out en-masse to vote for the president,” the senator stated.

Abe also stated that the Mr President’s order to the security agents to deal with those who want to disrupt the election and snatch ballot boxes was a very re-assuring statement for the safety  of the country’s democracy and the safety of all Nigerians as they go out to vote during the general elections.