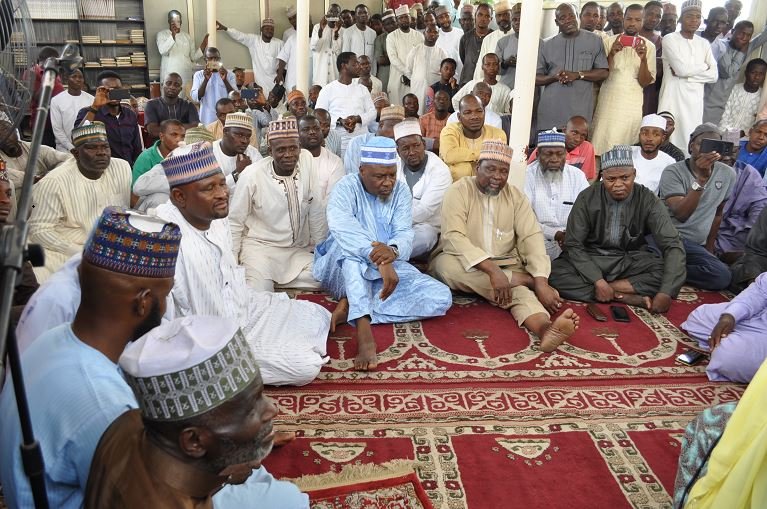 The Economic and Financial Crimes Commission (EFCC) has raised the alarm over the circulation of fake dollar notes ahead of Saturday’s Presidential and National Assembly elections.

In a statement personally signed by the acting Chairman of the Commission, Ibrahim Magu and made available on Thursday, the agency stated that the warning is sequel to intelligence gathered in the build-up to the general elections.

“The intelligence indicates that the dollar notes have features of genuineness, but forensic analysis by the Commission reveals otherwise.

“We also wish to inform the general public that the Commission has just reliably gathered that the fake dollars notes are likely to be voodoo money with the attendant consequences.

“We therefore warn the BDC operators to be cautious in their transactions from now till the end of the elections,” Magu said.

The EFCC team, which was led by Aisha Larai Musa, Assistant Director and Head, EFCC’s Creative Communications Unit, used the opportunity to warn the BDC operators on the dangerous trend of an influx of fake dollar notes now in circulation.

Advising the operators to be at alert, Musa, urged them to be cautious because “as the electioneering period peaks, you are now a soft target for money laundering and circulation of fake dollar notes”.

In a related development, the EFCC acting Chairman also charged Bureaux de Change, BDC operators across the South-East Zone to resist any attempt by politicians to use them in laundering illicit funds for electoral purposes.

Speaking through Usman Imam, Zonal Head of the EFCC Enugu Office, Magu during an interactive session with the operators, which held at the EFCC’s zonal office, urged them not to allow themselves to be used by the politicians.

“The bureau de change has become one avenue or call it instrument that politicians have used over the years to get foreign exchange to subvert and abuse our electoral process and we have decided once again to call and remind you to operate within your guideline and laws,” he said.

He stressed that EFCC was determined as a law enforcement agency to stop vote buying, which he described as “inimical” to everything democracy stands for.

He called on BDC operators to see their work not only as profit-oriented business, but as a platform to project healthy national values expected of patriotic and law abiding citizens of the country.

In his remarks, the Chairman of the forum, Oumarrou Ide, commended the Commission for its role in ridding Nigeria of corruption and pledged support for the EFCC’s efforts aimed at preventing money laundering activities.

Similarly, the Ibadan Zonal Office of the EFCC has resonated the warning by the acting Chairman of the EFCC against the influx of fake dollars in the public ahead of the Presidential and National Assembly Elections slated for Saturday, February 23, 2019.

Magu who spoke through the Zonal Head of the Ibadan Office, Friday Ebelo during an engagement with some BDC operators in the Sabo Area of Ibadan, Oyo State warned the operators to be vigilant and to do a thorough check on any dollar notes they transact.

Speaking further, Ebelo said according to the intelligence available to the Commission, the fake dollar notes in circulation have features of genuineness, but forensic analysis by the Commission had revealed otherwise, and it was important for them to be cautious in their transactions from now till the end of the elections.

While hosting Bank Compliance Officers of some select banks, Ebelo used the interactive session to charge them to partner with the EFCC, in order to  forestall all forms of transactions that might aid the infamous trend of vote buying.

Ebelo also interacted with Heads of the Security Agencies in Oyo State to inform them about the intervention and commitment of the Commission to monitor and forestall vote buying, which might undermine the forthcoming elections.

The Commander, 2 Division Garrison, Nigerian Army, Brigadier O.O. Soyele enthused by the determination of the Commission to root out all forms of economic and financial crimes promised to provide all the necessary support and assistance to EFCC operatives on the field during the elections.

The Commission also engaged BDC operators in Kano and Lagos and Makurdi on the implication of voodoo dollars in circulation and its use for vote buying.