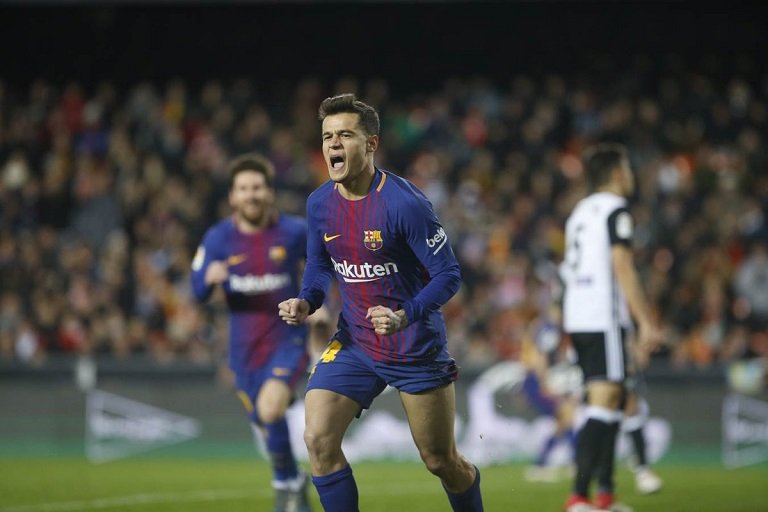 Sevilla have held talks with Chelsea about signing Spain striker Alvaro Morata, 26, on loan for the remainder of the season. (Goal.com)

Cesc Fabregas’s move to Monaco is being held up because the Ligue 1 club have yet to agree a transfer fee with Chelsea for the Spanish midfielder, 31. (London Evening Standard)

Manchester United have opened talks with Barcelona to sign their Brazilian attacking midfielder Philippe Coutinho, 26, but any offer would need to exceed a £100m base fee. (Caught Offside)

An offer from Manchester United has been rejected by Atletico Madrid and Uruguay defender Diego Godin, 32. (Tutto Mercato Web)

Ajax’s Dutch international defender Matthijs de Ligt, 19, has been urged to reject a move to Juventus and sign for Manchester United instead. (Manchester Evening News)

Real Madrid have begun a move to try to sign Denmark attacking midfielder Christian Eriksen, 26, from Tottenham and are preparing what they hope will be a £100m deal. (Independent)

Juventus say they would consider selling Manchester City target Paulo Dybala, 25, in the summer but only if they receive a bid of more than £90m for the Argentina forward. (Tuttosport via Express)

Manchester City, Bayern Munich and Paris St-Germain have all had bids for Dybala rejected. (Tuttosport – in Italian)

Borussia Dortmund and Bayern Munich are likely to bid for RB Leipzig’s Germany international striker Timo Werner, 22, who has also been linked with Liverpool. (Bild – in German)

Chelsea are interested in £45m-rated Cagliarimidfielder Nicolo Barella, but could face competition from Napoli and Inter Milan for the 21-year-old, who is thought to be reluctant to leave Serie A during the transfer window. (Goal.com)

Unai Emery has urged Arsenal to find the cash to complete a deal for Barcelona midfielder Denis Suarez, 25, this month. The Spanish club will sanction a loan if a £20m commitment to signing Suarez permanently this summer is included. (London Evening Standard)

West Ham are interested in a deal for Inter Milan and Brazil striker Gabriel Barbosa. The 22-year-old – who spent the last 12 months on loan at former club Santos – has been offered to the Hammers on loan until the end of the season. (Mirror)

Juventus are stepping up plans to bring Real Madrid’s Spanish midfielder Isco, 26, to Serie A. (Tuttosport – in Italian)

Liverpool and Everton are battling for the signature of Portugal and Sporting Lisbon midfielder Bruno Fernandes, 24. (A Bola – via 90min)

Fulham are keen on Bordeaux and Senegal right-back Youssouf Sabaly, 25. (L’Equipe – in French)

Aston Villa’s on-loan Chelsea striker Tammy Abraham, 21, did not report for training on Monday as he nears a move to Wolves. (Mirror)

Marco Silva will only push Everton to make signings in the January transfer window if any of his long-term targets become available. (Liverpool Echo)

Birmingham midfielder Luke Maxwell, 21, is set to join Solihull Moorspermanently, having spent the first half of the season with the National League side. (Birmingham Mail)